Trove Thursday acknowledges the late Raymond Leppard's important influence with a live broadcast of his seminal “realisation” of Cavalli’s L’Ormindo plus some Cavalli and Monteverdi tidbits with Janet Baker. 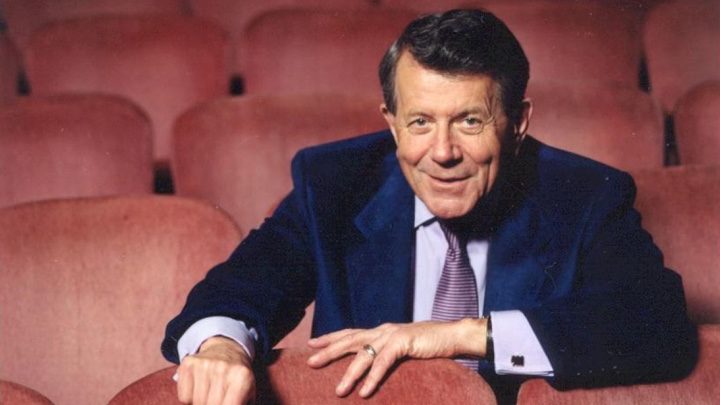 When I learned of the death last week of Raymond Leppard at age 92, I felt both sadness and enormous gratitude so “Trove Thursday” acknowledges the late conductor’s important influence with a live broadcast of his seminal “realisation” of Cavalli’s L’Ormindo plus some Cavalli and Monteverdi tidbits in which he accompanies his great longtime collaborator Janet Baker.

Just after I turned 11, I first spied the schedule for the upcoming Texaco-Metropolitan Opera Saturday radio broadcasts in my grandmother’s Reader’s Digest and soon I was hooked. By the next fall I had subscribed to Opera News, and before I turned 13, I had already learned that most of all I loved early opera, a result of my fervent investigation of the LPs at the public library. The two most life-changing sets there proved to be the Beverly Sills-Norman Treigle Giulio Cesare and Leppard’s Glyndebourne Ormindo!

Mozart was easy and I fell quickly for Handel but Cavalli proved to be a harder nut to crack. I remember checking out the Argo 3-LP set of Ormindo several times before we finally clicked: 17th century musical language initially struck me as odd but I kept trying. The inimitable Hugues Cuénod as the wise old (female) nurse was only one of the delights I uncovered, and soon Ormindo became one of my very favorite things. I tried to find more Cavalli and then Monteverdi although there wasn’t all that much available at the time.

Leppard’s Cavalli follow-up La Calisto was then produced at Glyndebourne and I read in High Fidelity (I think) that it was being both recorded and televised. Eventually an ad for the LPs appeared in Opera News so I got my parents to write a check to King Karol and then impatiently waited for the parcel’s arrival. The recording immediately became my new favorite but I had to wait over 30 years for the delicious Calisto video with Baker at her greatest to appear.

Both of the Cavalli-Argo recordings took forever to be released on Decca Eloquence CDs although only the Calisto was briefly available in the US; the Ormindo occasionally surfaced only as an import. Today’s live broadcast of a Glyndebourne-at-the-Proms concert comes from the reel-to-reel master I purchased when the “ultimate” pirate firm Good Sound Associates went out of business in the mid-1980s.

With the explosion of historically-informed performance practice over the past decades, Leppard’s wholesale recomposing and lush reorchestration of 17th century Venetian operas are now considered both old-hat and inappropriate. Part of me absolutely understands and agrees yet Leppard’s performing editions were initially widely embraced and introduced that era of opera to many audiences.

And I still enthusiastically respond to those intensely theatrical if inauthentic Cavalli recordings as well his live performances like the marvelous 1975 San Francisco Opera L’Incoronazione di Poppea in which he conducted Tatiana Troyanos and Eric Tappy.

Thanks to Leppard we also got our sole chance to experience Baker’s Ottavia (which was, in truth, her role rather than Poppea which she performed at the English National Opera under Leppard),

as well as her tremendous Penelope in Il Ritorno d’Ulisse in Patria (available on an essential video). He later recorded that work with Frederica von Stade and Richard Stilwell.

I had long known Leppard’s Alcina because the very first pirate recording I ordered from the legendary Mr. Tape was the Aix broadcast with Christiane Eda-Pierre, Teresa Berganza, Valerie Masterson, Ann Murray and Philip Langridge. Like Leppard’s Calisto, many years later I would get the chance to see that cherished performance (as badly cut as it was later at NYCO).

Eventually I became keen to hear not only Leppard’s operatic ventures but many of his other Philips recordings. My biggest teenage record purchase was his 5-LP set of the late Monteverdi madrigals but even he couldn’t get me to love Il combattimento di Tancredi e Clorinda. And I wore out his two volumes of Eighteenth-Century Overtures and behind closed doors practiced conducting a few especially the terrific Méhul overture to La chasse de Jeune Henri with its thrilling hunting-horns.

The last time I heard Leppard conduct was at Carnegie Hall when he led Ariodante with Troyanos and June Anderson. A recording of that important Handel was posted here on “Trove Thursday” three years ago.

How ironic that Leppard would spend the last 30+ years living in Indianapolis, 120 miles from where I grew up–settling there around the very time I left. Thank you, maestro, for leading me in the right direction!

Ormindo and the two Baker selections can be downloaded by clicking on the icon of a square with an arrow pointing downward on the audio player above and the resulting mp3 files will appear in your download directory. 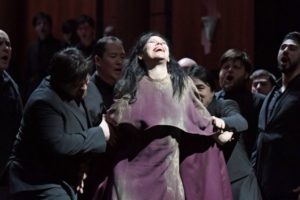 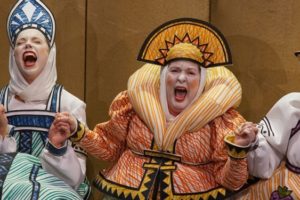 The Tale of Tsar Saltan 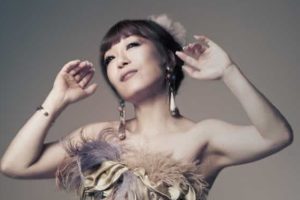 Her heart belongs to daddy

Love, loss, and what I sang