The Philadelphia Orchestra’s opening night concert, for better or worse, was not a gala evening starring Plácido Domingo. 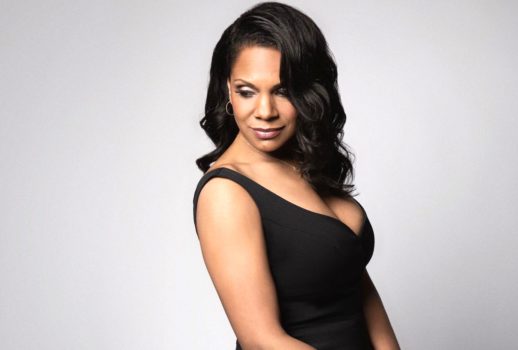 Perhaps we should start with what the Philadelphia Orchestra’s opening night concert, for better or worse, was not: a gala evening starring Plácido Domingo. As has been documented here and elsewhere, the Philadelphians swiftly dropped Domingo after #MeToo revelations surfaced in August.

David Fox (continues): The decision carries extra resonance, of course, because Yannick Nézet-Séguin is the music director of both the Philadelphia Orchestra and the Met.

Cameron Kelsall: Yes, and those organizations have handled the ensuing scandal in decidedly different ways. (The Met continues to drag its feet in dealing with the 78-year-old baritenor, who is still scheduled to sing the title role in Verdi’s Macbeth starting next week.)

Both the Philadelphians and the Met have weathered sexual misconduct allegations against former music directors—Charles Dutoit and James Levine, respectively—and have also approached those situations differently; Dutoit was immediately disowned in a terse press release, while Levine was allowed to linger in suspension limbo for several months before he was subsequently fired.

Without putting too fine a point on things, perhaps this simply reflects a divergence in attitude among the companies–after being rightfully dinged last year for programming a paucity of women conductors and composers, they’ve recently doubled down on a commitment to present new and diverse works.

DF: It’s also a big deal that a gala concert built around one performer had to be re-engineered for another.

CK: Yes, although that engineering seems to have been quite easy. The Orchestra retained the two instrumental pieces it always planned to play: Strauss’s Suite from Der Rosenkavalier and the Tuning Meditation from Pauline Oliveros’s Four Meditations for Orchestra. They also kept the soprano Adela Zaharia, offering her the opportunity to sing Violetta’s Act I scena from La Traviata rather than the planned Violetta/Germont duet.

DF: Retaining Zaharia was clearly the right thing to do—why should she suffer because of Domingo’s alleged conduct?—but it still put her in a markedly different position. The scene with Germont is a test of lyricism, legato, and pathos, and most of all, a chance to see her as an actor. Of course, those elements are present in “Ah, fors’e lui,” but out of context, it often feels like a competition solo: we’re waiting for runs, trills, and to see if the soprano has an E-flat.

CK: The only solo assignment given to Domingo on the initial printed program was “Nemico della patria” from Andrea Chenier—which, having heard him sing it underwhelmingly at the Met’s Lincoln Center gala two years ago was not a loss. The star replacement of the evening was Audra McDonald—beloved entertainer, six-time Tony winner and crossover artist extraordinaire.

DF: Bringing in Audra was a stroke of genius. Her bona fides as a singer and actor are as blue-chip as they come… but she’s bigger than that. I feel like she’s earned almost statesman-like credentials as a person who embodies what a career in the arts can mean. And of course, she’s a person of color and a female.

CK: In terms of optics, the revisions offered a powerful image: a philandering man of the old guard was replaced by one of the most accomplished and respected women in the music world. An up-and-coming artist whose appearance was previously tied to Domingo was instead given her own moment in the spotlight.

And programming a thorny and experimental work by a female composer of color on an opening-night gala sends the message that the Philadelphians are committed to diversity and parity, and won’t just be paying lip-service to it.

DF: Yes, but it also turned what was already a mixed program into a veritable variety show. Strauss, Traviata, Oliveros, Audra: throw in Topo Gigio and a novelty dance act, and it could have been my childhood in front of The Ed Sullivan Show. And honestly, though it had some high points, it was even stranger and less cohesive than I imagined. But maybe we’ve vamped enough. Shall we start talking about the actual music-making?

CK: It seems as good a time as any. The Rosenkavalier suite, which opened the program, contains snatches of all the music you’d expect to hear excerpted from the opera, and at least as many false endings as the work itself, which to me seems at least seven hours long.

DF: A rare moment when we disagree. I adore the suite, which I think manages to cherry-pick the best moments, and leave behind the character comedy which is the only thing in the opera I really can’t bear. I’d also say that for me, this was the high point of this concert, with Yannick finding gorgeous inner textures (a trademark of his conducting) and thrillingly impulsive, if a little short on innigkeit.

CK: I’m glad you felt that way, and a bit surprised—since I think in general, I’m a bigger Yannick fan than you are. To me, it sounded like an endless aural assault—the musical equivalent of Cirque du Soleil, shoving every trick in its repertoire onto the stage.

DF: Since we’re comparing our levels of Yannick fandom, maybe we should talk about the various personae we got here. There was, of course, Yannick the conductor, who to me had high points and low ones. But he’s nothing if not a Big Presence in Philly, and here that translated into serving as not only the music director, but also a kind of maître d’ / talk show host.

The waves of love from his audience were palpable, but I thought it made for a lot of very bumpy transitions. And just to be a bitchy queen, I’m not loving the bleached blonde hair and the tailcoat that somehow hugs his body like a muscle-tee.

CK: I wasn’t wild about his ensemble tonight, which suggested he might have a later engagement storming the barricades. But it’s an improvement on his usual garb, which looks like it was designed by Diane Keaton for Talbots. I think it’s also fair to say that not since the days of Ormandy has this city-at-large felt such an emotional connection to its music director.

DF: But there were costs here to that bonhomie, particularly in the Oliveros’ piece. My sense is this odd but compelling interaction between the orchestra tuning and the audience breathing and humming along is meant to be a quiet, mystical convergence. But here, sandwiched awkwardly between an excerpt from La Traviata, and Audra’s road show—and introduced with Yannick’s twinkly, Tom Bergeron-esque patter—it didn’t stand a chance.

CK: Yes, the overall effect felt like the warm-up act before a TV taping. Any of the speculative or intellectual elements that Oliveros likely embedded into her highly conceptual piece were entirely elided.

DF: OK, we’ve touched on the first and third musical segments. In between was Zaharia’s Traviata aria. She was in a very awkward position, and this probably isn’t the best way to judge her, but I think it wasn’t a terrific showing.

She lacked the fluid repose for the first section, and though her runs were fluent, she wasn’t always accurate or good on the details (the trills were fudged). There was a careful E-flat, but little sense of abandon. I think the tone is basically lovely, but it’s hard to hear her as a major singer.

CK: Zaharia is Romanian, but she lacks the distinctive velvety timbre one associates with compatriots Virginia Zeani, Ileana Cotrubas, and more recently, Angela Gheorghiu and Anita Hartig. Too often, the vocal production was covered and hard-edged.

DF: And finally, there was Audra, who offered a short but showy group of songs. Most of them are repertory staples for her, but clearly she enchanted the audience, and her comments—always earnest and winningly free of diva affectation—brought waves of love. I wish I could feel more enthusiastic.

The voice remains a gorgeous instrument–but she now sounds in nearly perpetual overdrive. On a scale of 1 to 10, she’s at 50. And while this makes for some undeniably thrilling climaxes, it’s also very wearing and not always appropriate. “Make Someone Happy” sounded almost Medea-like! For me, she was at her best when quietest, which was in a heartfelt, nicely conceived medley of “Children Will Listen” and “You’ve Got To Be Carefully Taught.”

CK: Audra’s voice is a marvel, although the core sounds more hollow now than in past years, and her high notes are no longer effortless. In terms of interpretation, at least on the concert stage, she has never really been one for mining the songs for layers of meaning. That seemed most obvious in her opening number, Bock and Harnick’s “Gorgeous” from The Apple Tree, which emerged entirely free of irony and humor. Even when she tried to be funny, she was at best, brash.

DF: But let’s also give her that she, too, was in a tough spot—replacing Domingo, who (putting aside his issues) would have been a more natural fit here. Maybe more to the point, I think her “Climb Ev’ry Mountain” had the desired effect of binding a community together.

CK: Indeed. In the aftermath of the concert, a sense of general good will radiated throughout the lobby of the Kimmel Center. The Philadelphia Orchestra will have numerous opportunities to prove its artistic mettle over the next nine months. Opening night was a celebration, and for many clearly a successful one.