Riccardo Muti’s vision of Aida’s score largely emerged as one of subtlety, musicality, and restraint. 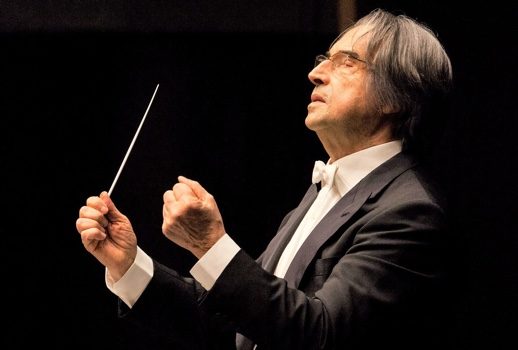 The Chicago Symphony Orchestra continued its storied tradition of presenting operas in concert with a luxuriously cast and immaculately played reading of  Aida, led in these June 2019 concerts by CSO music director Riccardo Muti.

The maestro has championed Verdi’s great dramas as the crown jewels of his now decade-long tenure with the orchestra (prior to Aida, the CSO had mounted exceptionally cast performances of Otello, Macbeth, and Falstaff). In this Aida, Muti’s grasp of Verdi’s idiom gave his artists the space to unravel exquisite filigrees of instrumental and vocal detail, elevating an opera renowned for its ostentatious grandeur into a revelatory musical experience.

Muti’s vision of Aida’s score largely emerged as one of subtlety, musicality, and restraint. The tempi were judiciously paced and dramatically apt, the rhythmic precision attained by his instrumentalists a marvel. His orchestra spun a highly refined reading that highlighted the intimate chamber orchestration underpinning the interactions between Verdi’s characters.

Most importantly, he balanced his ensemble’s mighty Klang to produce a liquid cantabile line, furnished with precisely tinted instrumental solos that imbue the vocal lines with depth.

The musical rapport between conductor and orchestra achieved here is incredibly rewarding. Few things are more gratifying than hearing an elite group of instrumentalists respond deftly to the ideas of a conductor so intimate with the composer’s musical language.

Soloists of note include flutists Stefán Ragnar Höskuldsson and Jennifer Gunn, who brilliantly articulated the virtuosic writing in the ballets and instrumental interludes, and evoked visions of the Nile in the opening of Act 3.

Veteran clarinetists John Bruce Yeh and Gregory Smith, the outstanding young bassoonist Keith Buncke (what cleanly voiced and smooth arpeggios!), and the flutists provided a charged, dramatically sensitive backdrop for the confrontation between Aida and Amneris in Act 2.

William Welter’s warm, fluid oboe playing is commendable, and stuns for the plangent beauty he achieves in “O patria mia.”

Lawrie Bloom, the CSO’s bass clarinetist, produced a clear, richly toned instrumental solo during Radames’ Judgment scene in Act 4. The strings were a model of finesse, the broad palette of textures ranging from silvery and scintillating to full-bodied, the blending exquisite.

Chicago’s fabled brass section rang with elegance and a golden splendor, the trills and full throated cries near the opera’s end executed with the precision of a Gabrieli brass chorale.

Given that this orchestra’s aural tradition is rooted in the more thickly textured cornerstones of the Germanic repertory, it is astonishing that its soloists can calibrate their sound to generate such flexible, lyrical, and singing lines in Verdi. While operas like Aida appear only sporadically in the orchestra’s repertory, the musicians’ technical certitude and ear for detail made this instrumental reading definitive. They were unquestionably one of this performance’s stars.

Duain Wolfe exacted a spectacular performance from the Chicago Symphony chorus. His singers commanded strong intonation, beautiful tone, power, and dynamic control throughout. The chorus of male priests glowed with a hushed religious solemnity, while the priestesses’ lines floated with an ethereal quality.

When the chorus sang at full tilt, the sound that projected into the auditorium was glorious. Brought down to a whisper, the chorus summons a delicacy not unlike the control displayed by smaller chamber groups. The sepulchral invocations of Ptha that accompanies Amneris near the opera’s end exhibits the exceptional musicality of Wolfe’s ensemble.

Krassimira Stoyanova was indisposed for the performance I attended on June 23. In her place, American soprano Elaine Alvarez substituted without prior rehearsals. Under such trying circumstances, what Alvarez achieved was admirable. She and Muti interacted closely throughout the performance, the conductor providing the soprano with the cues needed to complete this taxing and technically challenging sing.

However, Alvarez’s voice is not a congenial fit for Aida. Her diction came off muddled and her lyrical instrument was times pressed and wiry above the staff,  incapable of observing the more delicate dynamic marking indicated in the score (pianissimos and dolcissimos didn’t register during the introspective moments).

Phrases like “Numi pieta…” at times couldn’t land. One could sense from the orchestration that Muti envisioned a more intimate reading of the character in his musical presentation, but this concept was unfortunately hampered by Alvarez’s instrumental limitations.

Meli, the Radamès of this concert, demonstrated that vocal artistry, musicality and textual sensitivity can be achieved in this role without possessing the most heroic of tenor voices. If Meli could not deliver the character’s most dramatic outbursts with a clarion ring, what he accomplished elsewhere was gratifying to the ear.

His duets with Aida and Amneris during the last two acts showed off his artistry best. His exceptional Italian diction, the musicality and security of his phrasing, and his ability to relish the text with shades of color brought out the character’s ardor and nobility.

Rachvelishvili is a miraculous and riveting Amneris. The mezzo-soprano possesses a voice of immense beauty and amplitude—her soft singing alluring and inviting, while her dramatic outbursts titanic and thrilling. Hers is the kind of voice that could raise an operatic experience to a fevered pitch.

Her voice’s broad range of coloration and softer contours allow her to paint a more sympathetic reading of the character. Amneris’ romantic conflicts in this reading feel human and relatable, a stark contrast to the typical entitled virago portrayed by stentorian, one-dimensional mezzos.

Her powerful judgment scene by any standard represented one of the great accounts of this music. Muti even broadened the phrases near the end of her curse to show off the power and reserves of breath that Rachvelishvili commands with her voice. At the end of the opera, there is a sense that Amneris’ character arc is complete—her solemn prayer for peace is earned. Witnessing this spectacular mezzo soprano essay one of her signature roles was a great privilege.

Kiril Manolov as Amonasro wielded a large, gritty baritone of the size needed for the role, but he wasn’t very imaginative with his phrasing. His great third act scene with Aida and Radamès, though competently sung, failed to ignite. Ildar Abdrazakov and Eric Owens provide luxury casting for Ramfis and the King. While neither bass had the cavernous, resonant instruments needed to convey the ultimate in authority, both paid scrupulous attention to thearticulation of Verdi’s text.

Tasha Koontz, in the small part of the Gran Sacerdotessa, showed off a sumptuous, gleaming lyric instrument in her hauntingly beautiful and evocative scene. Hearing her timbrally rich and even singing makes one hope that this soprano of promise can grow into a Verdian of distinction.

Given the astounding musical values of Muti and the Chicago Symphony Orchestra’s vision of this opera, it would be such a treat to revisit a broadcast or even a recording with all soloists in excellent vocal form. Certainly, apart from the same conductor’s excellent reading from Salzburg in the summer of 2017, there hasn’t been an Aida as lavishly cast and musically rich in recent years.