“Can’t you keep your mouth off Bess?”

“Trove Thursday” offers a vivid live complete broadcast from the 1952 US State Department tour of Porgy and Bess with William Warfield, Cab Calloway and the 25-year-old Leontyne Price. 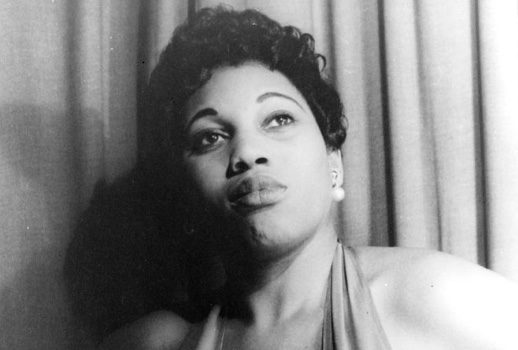 Single tickets for the Met’s 2019-20 season go on sale in 10 days and the hottest ticket will likely be the return of Porgy and Bess to the company after nearly 30 years, so “Trove Thursday” offers a preview of the Gershwins’s masterpiece with a vivid live complete broadcast from the 1952 US State Department tour to Berlin with William Warfield, Cab Calloway and the 25-year-old Leontyne Price.

Hadestown, which won the Tony for Best Musical on Sunday, is a sung-through work which retells the myth of Orpheus; it has been called by some an “opera.” In an era of inescapable “jukebox” musicals, the idea of an opera on Broadway might seem odd but there’s a long history which includes, of course, Porgy which initially ran for 124 performances at the Alvin Theatre in 1935.

One might also remember that several of Gian-Carlo Menotti’s operas were first staged on Broadway including The Medium, The Saint of Bleeker Street and The Consul. If Hadestown might be considered an opera, what about Les Misérables? Or Sweeney Todd (despite Stephen Sondheim’s demurrals) which has been seen at the Lyric Opera of Chicago and the Royal Opera, Covent Garden and most recently at the Zurich Opera?

Porgy was revived on Broadway in 1942 in a much-abridged version; those cuts were restored when today’s 1952 production was mounted. This celebrated edition toured Europe and was eventually seen at the Ziegfeld Theatre the following year; Price, Warfield and Calloway appear in a selection of highlights recorded around that time.

Many believe the embrace of Porgy by the traditional opera world began in earnest in the mid-1970s with the Houston Grand Opera production which toured widely, including a run on Broadway, and was recorded. Around the same time a competing full-length LP version was issued conducted by Lorin Maazel. The only time I’ve seen Porgy to date was when the Houston production visited Radio City Music Hall (!) in 1983.

The Met’s first production by Nathaniel Merrill and starring Grace Bumbry and Simon Estes arrived in 1985 and there were 54 performances over several seasons. It was broadcast several times but never televised. A year after the Met premiere, the Glyndebourne Festival mounted Porgy in a Trevor Nunn staging conducted by Simon Rattle; it too became the foundation for a recording and video.

Yet Porgy, despite its now widely accepted status as an important American opera, still occasionally returns to Broadway where it was last seen eight years ago starring Audra McDonald and Norm Lewis; it ran for nearly 300 performances.

Porgy arrives on the Met’s Opening Night starring Eric Owens and Angel Blue in the James Robinson production that has received enthusiastic reviews at both the English National Opera and the Netherlands Opera.

Porgy can be downloaded by clicking on the icon of a square with an arrow pointing downward on the audio player above and the resulting mp3 file will appear in your download directory.

Over 230 other podcast tracks are always available from iTunes for free, or via any RSS reader. The archive which lists all “Trove Thursday” offerings in alphabetical order by composer has recently been updated.