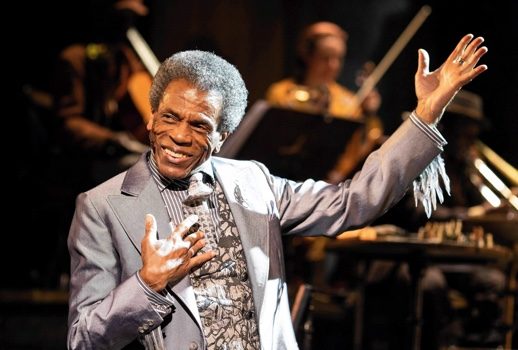 The great André De Shields enters—ostensibly, he’s playing Hermes the messenger but he’s very much his own iconic presence. Clad in gray sharkskin suit, he walks ever so slowly and with consummate grace to center stage.

Eyeing the audience for what feels like stopped time, De Shields finally gives the faintest hint of a knowing smile; magisterially, he opens his jacket to reveal an embroidered vest. The crowd goes wild.

And by the way, this all happens before the action begins.

Composer-librettist Anaïs Mitchell’s Hadestown can be seen as the latest in a sequence of recent works that redefine Broadway musical theater along more serious, younger, and fresher lines. (Others include Hamilton, of course—also Fun Home, Dear Evan Hanson, andThe Band’s Visit.)

A nearly sung-through pop opera, the show benefits from a decade’s gestation process—from concept album by the very gifted Mitchell, to tryouts in Canada and London, finally to Broadway. During this time, Hadestown developed a faithful following.

The vocally blazing trio of Fates (Jewelle Blackman, Yvette Gonzalez-Nacer, and Kay Trinidad) are an event in themselves.

By now, you will have figured out that Hadestown is a riff on Greek mythology. Two stories in particular take hold here. The primary one is Orpheus and Eurydice, a time-honored favorite of opera composers for its central themes of music and lost love; the other is the less familiar but (to me) more weirdly gripping story of Persephone, whose forced marriage to Hades is the cause of winter. It’s Hades himself, of course, who connects the plot strands.

I wish this brilliantly audacious idea were more fully realized in Mitchell’s writing, but while I found Hadestown enormously enjoyable as a show, my admiration for the work itself—the storytelling and lyric writing in particular—is more measured.

I certainly enjoyed Hadestown’s wide-ranging score, a wonderfully intriguing mix of styles. Without ever sounding imitative, some of Mitchell’s musical settings reminded me of Bruce Springsteen’s more introspective, mournful songs; other moments have vibrant hints of jazz and Zydeco; and much of the string writing sounds like contemporary chamber music. It holds together beautifully.

In terms of the drama, sparks fly in the Hades and Persephone story, aided immeasurably by Page and Gray, whose performances have an effortless loucheness. His cavernous bass voice seems to be simultaneously channeling Barry White and Tom Waits; her distinctive physicality imprints itself so deeply into the fabric of Hadestown that I found myself watching her even when she wasn’t the intended focus of attention.

By contrast, the Orpheus and Eurydice myth—the central one in Hadestown—comes off as mawkish and teen-angsty. Noblezada sings the bejesus out of Eurydice, but the character remains opaque and sullen.

Though I can see the appeal of Carney’s Orpheus, his little-boy-lost acting and reedy falsetto are annoyingly whiny. In both the writing and the performances, this pair feels reminiscent of Rent’s Mimi and Roger.

In Carney’s defense, though, I’m not sure what else could be made of an Orpheus whose insights run to this:

But Hadestown is what it is, and to a tearful, cheering, capacity audience, that’s clearly more than enough. As a theatrical experience, I would unhesitatingly recommend it.

I should also admit that I might have a problem with the Orpheus myth itself. Even in its most divinely inspired, heart-wrenchingly eloquent musical settings—Gluck’s “J’ai perdu mon Euridice,” for example—the cynic in me often wonders, is it really so difficult to follow basic instructions? 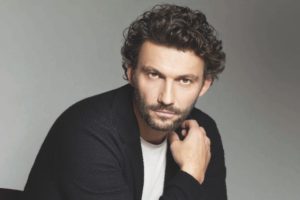