“He is a living force”

On this day in 1908 composer Gustav Mahler made his debut at the Metropolitan Opera conducting Wagner's Tristan und Isolde. 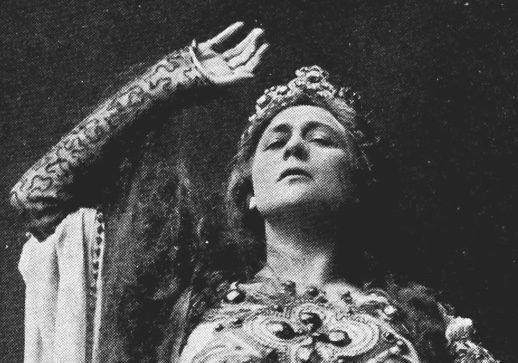 On this day in 1908 composer Gustav Mahler made his debut at the Metropolitan Opera conducting Wagner’s Tristan und Isolde.

Review of Charles Henry Meltzer in The American:

“Punctual to the minute, at a quarter to eight, Gustav Mahler took his place at the conductor’s desk. He entered the orchestra pit unheralded by the fanfare which has welcomed a less distinguished stranger at the Metropolitan. A man of medium height, dark, nervous and bespectacled, The audience applauded him and he bowed. Then, with an air of authority, which seemed to have an instant effect upon his followers, he gave the accustomed signal and the orchestra began the prelude.

Not since the time of Anton Seidl – and in saying this I am mindful of many a fine reading by Alfred Hertz and Felix Mottl – has that prelude been played at the Metropolitan with anything like the breadth and suavity, the charm and intensity of expression, with which Mahler invested it. The Viennese music director has not usurped his reputation. He is a living force.

The orchestra responded to every hint of its new conductor. Once more, as in the days of Seidl, the orchestra was welded into a great singing instrument. Some of the improvement so evident in its work may have been due to the regrouping of the musicians. The horns and wood-winds were massed together on the extreme left, and the double basses in the centre, with the remaining strings more or less in their usual places. But it is not to be doubted that the “personality” of Mahler and the influence of his prestige had much more to do with the orchestral results attained. It may be doubted-whether-so far as the orchestra was concerned-there has ever been a more remarkably or more eloquent rendering of “Tristan und Isolde” in this city than was heard last night.”