In addition to Jessye Norman, this event paid homage to the shamefully obscure soprano Sissieretta Jones—once billed as “The Black Patti.” 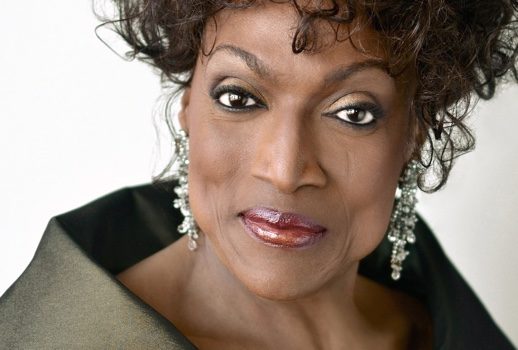 She may not be Leontyne Price, or even have come of age in time to launch Lincoln Center, but Jessye Norman is without question one of the century’s great sopranos.

If only everyone in attendance at the National Sawdust tribute benefit earlier this week were equally versed on the difference.

During a post-show Q&A with the iconic, beturbaned performer, one man grabbed the mic and wanted to know: how did it feel being trapped in Zeffirelli’s mechanical pyramid for Antony and Cleopatra?

Many of us—myself included—gasped. And while the singer handled the awkwardness well enough, the embarrassing incident threatened to eclipse the point of the evening.

In addition to Miss Norman, this event would also pay homage to the shamefully obscure soprano Sissieretta Jones—once billed as “The Black Patti”—who, in 1892, became the first African-American singer to play Carnegie Hall.

Despite ongoing rejection from the Met, Jones successfully brought versatile standards like “Old Folks at Home” and “Sempre libera” to big stadiums in Pittsburgh and Cleveland. She soon found herself traveling the world, touring South America, Australia, India, and Africa, and founding a musical and acrobatic act.

The hype surrounding her was intense: two years after her Carnegie engagement, Dvorak featured her as a soloist for his fundraiser at Madison Square Garden.

Introducing the world to Miss Jones has apparently been something of a pet project for Norman over the last decade. Since Jones herself was never recorded, Norman (with some help from dramaturg Adina Williams and Harolyn Blackwell) has curated a short medley of concert items and archival photos, “Sissieretta Jones: Call Her By Her Name,” which she has workshopped and toured for roughly a decade.

This week’s program—which balanced songs significant to the careers of both Norman and Jones with works by Toni Morrison and Maya Angelou delivered by mezzo Alicia Hall Moran—still proved somewhat underdeveloped, but featured enough top-shelf performances to sufficiently elevate the material.

Moran, though perhaps a tad overly awed by the content (had she never heard Angelou’s “Still I Rise” before?), was an engaging performer, animating the start of the evening with extracts from Jones’ own notes.

These readings were illuminating, and in some cases, managed to chill: we learned, for example, that Jones’ was a childhood “filled with music and sorrow,” as well as a career punctuated by certain longings for “equal protection under the law.”

Many of these citations were collected by music scholar Willia Estelle Daughty of Hampton University; their imprint on the rest of the program, however indelible, also made up for some of the less inspired moments from the proceedings.

Consider, for instance, “Somewhere,” sung by Harolyn Blackwell. The voice, though less gleaming than in its heyday, remains a jewel, and the soprano turned out a moving rendition, however little substance the aria added.

I wish I could say I was quite so entranced by the shaky and sometimes pitch-challenged runs of Laquita Mitchell, a onetime headliner for the San Francisco Opera, whose “Sempre libera” gave me anxiety as she scaled the ending.

Mezzo Susan Platts, a tight-voiced mentee of Ms. Norman’s whose website indicates some recent specializing in English and German, saluted the evening with “Zueignung”: not a bad rendition, although Platts was tasked unenviably with having to follow Ms. Norman’s recording of Strauss’ “September”—arguably one of the greatest-ever, period—which was thrashed to by Alicia Graf Mack, new director of Juilliard’s Dance Division.

With her spindly legs and elastic torso, Mack is certainly a natural dancer; and yet her choreography for “September,” and later Norman’s “Balm in Gilead” recording (another era-defining track), was less convincing, and sometimes appeared to mistake “languid” for “frenetic.”

Then, to the roaring syncopations of Joplin, pianist ELEW, the PUBLIQuartet, and tap dancerJared Grimes knocked excitingly on the floor in ways that felt by some means galvanic.

Just when I was starting to wish my 12-year-old self had not been so self-hating and actually gone through with those YMCA tap classes (I love Sondheim and Verdi as much as the next, but honestly not when it comes to half-baked renditions of their most trampled-on tunes), the now-infamous panel kicked off, with Norman, Williams, and Blackwell sitting for an interview with “television journalist and fashion model” Gail O’Neill.

Norman commands most any interview—I still have fond memories of the verbal whooping she once gave an interrogator for implying that she was single and lonely—and here among her collaborators in Brooklyn, she was no different.

In silver lamé and a black throw-cape, her hair teased to the ceiling, she spoke of her fondness for Nat King Cole, recounted what it was like to sing for old teachers, and reiterated her well-known quip that “pigeon holes are only comfortable for pigeons.”

I do wish more of the evening had simply consisted of the soprano in conversation. But Norman had little energy for such things, after all. Premiering “Hermit Songs” with Barber and starring as history’s most famous Bess had no doubt taken their toll on her stamina.