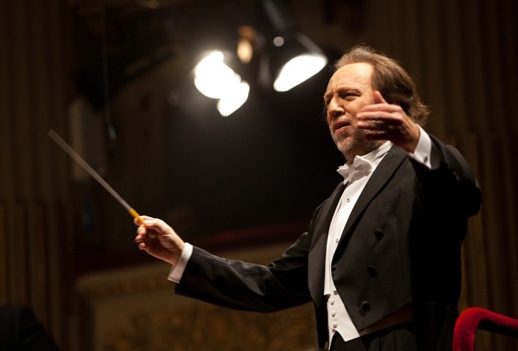 Riccardo Chailly’s appointment as La Scala’s new music director was news that I greeted with enthusiasm when first announced in 2013.

Riccardo Muti’s fiery departure from a decade earlier had left Italy’s temple of opera rudderless, and in the wake of those scandals, Daniel Barenboim eventually took over as the institution’s interim director. Although Barenboim anchored the house during that tumult, the character of La Scala also transformed during his tenure.

While the theater’s legacy continues to cement its reputation as Italy’s premiere destination for opera, Barenboim’s Teutonic proclivities in time imparted onto it the feel of just another cosmopolitan institution, rather than a world class cultural powerhouse whose flagship productions drew from Italy’s vast musical tradition.

In securing Riccardo Chailly, La Scala I believe has found the ideal musical director to rejuvenate the Italian tradition with prestige and vitality. Since his first prima as principal conductor in 2015, Chailly has headlined opening nights with Verdi’s Giovanna D’Arco, Puccini’s Madama Butterfly and Giordano’s Andrea Chenier. In less than a week, he will kick off the 2018-2019 season with Verdi’s Attila.

This starkly Italian flavor stands in contrast to the Barenboim era, marked by a preponderance of Wagner and Germanic works, and most notably, the premiere of Claus Guth’s Lohengrin and the programming of the Ring and Holländer during the season of the Verdi/Wagner 2013 bicentenary.

Chailly’s decision to inaugurate his seasons with transitional works also reflects an important artistic philosophy—in that any Italian composer’s score, however inconsistent as a work of theater or music, is no less deserving of the world class artists, meticulous musical preparation, and lavish theatrical treatment befitting of a San Ambrosio prima.

Chailly’s artistic roots in Milan trace back to his childhood. His father, Luciano Chailly, was a hybrid Latin/Austro-German composer inspired by his mentor Paul Hindemith, and a music administrator who once held the artistic director post at La Scala (1968-1971).

The young Riccardo, whose formative years were consumed by a love for music, was initially dissuaded by his father from pursuing such a career until he noticed his son’s uncanny affinity for the art of conducting.  Riccardo’s skill with the craft blossomed, culminating during those early years with an assistantship under Claudio Abbado at the age of 20.

Though an avowed modernist, his tastes are ecumenical, spanning the gamut of musical history from Bach to Berio.  In his earliest years at La Scala, he conducted productions of I Due Foscari, I Masnadieri, The Rake’s Progress, and The Fair at Sorochyntsi (Mussorgsky)—works that demand a chameleonic tonal palette and a sharp command of orchestral balancing and textures—before branching out to lead the Berlin Radio Symphony Orchestra and the Teatro Comunale di Bologna.

Evidence of his early work in opera can be witnessed on video with productions of Giovanna D’Arco and I Vespri Siciliani. While the production values are unremarkable, the orchestral contribution evinces Chailly’s care for synchronizing and supporting his singers’ vocal line and his vibrantly delineated orchestral voicing—both of which portend the most rewarding aspects of his music-making for years to come.

If the score’s development pales beside the razor-sharp turns of phrase and the ethereal line that one can hear from Muti’s baton, Chailly’s energetic and kaleidoscopic framing of Verdi’s earlier works nevertheless show the hallmarks of a great opera conductor in the making.

Much of Chailly’s work can fortunately be sampled on recordings. Of his sizable opera discography, I only know those of Stravinsky’s The Rake’s Progress and Rossini’s Gugliemo Tell (sung in Italian rather than French).

The former I love for the silvery precision of the orchestral playing (such amazing and characterful woodwinds), and Philip Langridge’s brilliantly characterized portrayal of Tom Rakewell. In Tell, Chailly spins an atmospherically rich tapestry out of Rossini’s sprawling, if somewhat imperfect score; his orchestral execution is rich with detail and imbued with a rustic joviality and an inner tension.

Additionally, the Tell is a recording that I find especially telling (HA!) for his exquisite tailoring of an orchestral accompaniment for that period’s great Italian/Italianate singers.

Few major Italian conductors today can boast of having experienced Chailly’s interactions with Italianate legends like Freni, Pavarotti, Milnes, and Ghiaurov. We can only hope that this familiarity developing his craft with some of the paragons of that vocal tradition proves an asset as he shepherds a much needed new stable of Italianate voices.

Outside of these operatic recordings, I am more familiar with Chailly’s vast traversal of the symphonic literature, the majority of which was released during his time as musical director in Amsterdam and Leipzig.

A detailed survey of his recorded orchestral output is difficult to distill in so short a space, but if I had to nominate my favorites, I will recommend without reservation his Berio orchestral transcriptions (in which my favorite Brahms F Minor Clarinet Sonata is transformed into something of a concerto), his survey of Zemlinsky’s big-boned romantic works, a reverential Glagolitic Mass (released alongside world premieres of sacred pieces by Korngold and Zemlinsky), and the superb collection of Hindemith’s Kammermusik, a project assembled around star soloists and top desk players from the Concertgebouw Orchestra (current NYPO chief Jaap Van Zweden participated in a number of these).

There, the lustrous palette and immaculate balancing that is so characteristic of his approach complements these scores’ densely textured sonorities and presents them as pieces worthy of attention as a warhorse symphony. While his better-known Mahler, Bruckner, Brahms, and Beethoven cycles are also notable for balanced and virtuosic playing, I find Chailly’s approach almost too understated for these volcanic masterworks, admirable though it may be in some of the individual symphonies.

Since assuming the directorship in Milan, Chailly has also groomed his in-house Filarmonica della Scala into a world-class ensemble that commands finesse and flexibility in both orchestral and operatic works.

A recently minted recording of Italian overtures and interludes highlights this partnership’s technical prowess and imagination—one must listen to their sweeping and beautifully modulated reading of the overture to Norma, and the hypnotic and evocative, tone-poem like Intermezzo from Puccini’s Madama Butterfly.

This exposure to the aesthetics of both tradition and the modern allows Chailly and his orchestra to unveil not only the riches from Italy’s legacy, but also from composers as varied as Berg, Strauss, Zimmermann and Kurtag.

All of this is important. La Scala has not produced an Italian opera of staying power since Turandot, and the orchestral fabric of contemporary music bears little resemblance to the sound world of that era. Chailly has stated his intention to program one contemporary opera per season (La Scala most recently mounted Gyorgy Kurtag’s eagerly anticipated Beckettian first opera Fin de partie, which opened last month to glowing reviews).

For La Scala to continue its legacy in setting standards for Italian opera, it is equally important that its artistic leadership cultivate their own composers to create new works for a theater that has premiered so many important dramas.  With a conductor of such remarkable gifts at its helm, I hope that the theater pairs Chailly’s flair for aesthetic and experimentation with a composer who can realize new great Italian operas for La Scala’s stage.

No one can predict whether Chailly’s leadership will score a long-standing artistic triumph for Milan’s historically turbulent theater. In writing this, I also understand that a greater host of political and economic factors play a part in stifling a sustainable culture of creativity at La Scala.

However, no one ought to underestimate how stable, forward-thinking leadership can guide an artistic culture out of its malaise either. Just look at Paris and Bayreuth. Since taking over in 2009, Philippe Jordan’s direction of the Paris Opera elevated its season programming and standards for casting, theatrical production and orchestral performance to sensational heights.

As Bayreuth’s first music director, Christian Thielemann has no doubt played an important role in reigniting an artistic frisson that felt absent from the hill for a while. In the years following his history-making appointment, major stars like Waltraud Meier, Piotr Beczala, Rene Pape, and Anna Netrebko are once again flocking to the artistic home that launched the careers of the great postwar Wagnerians.

While Chailly may have only recently begun his musical directorship at La Scala, there are suggestions that the dividends of his leadership are already paying off. His three completed primas proceeded without any of Milan’s customary drama and were lauded critically for the superb singing and his meticulously detailed and brilliant conducting.

Critics also took note of the idiomatic casting and the sparkle and swagger he drew from the Don Pasquale he conducted earlier this year. While it is possible that this uptick in quality has been simmering in the background long before his appointment, Chailly’s impassioned patronage of his country’s great art form can only do good to restore La Scala as the crown jewel of Italian opera.

All this bodes well for La Scala’s future.