Telling the glory of God

“The heavens are telling” begins the famous chorus that ends the first section of The Creation. 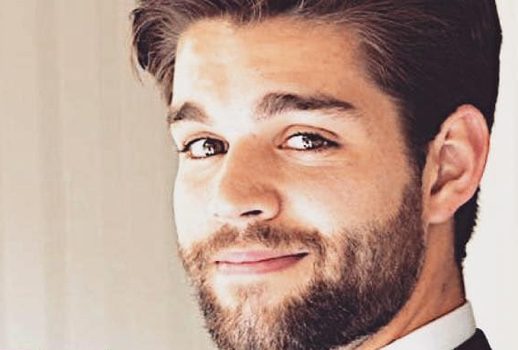 “The heavens are telling” begins the famous chorus that ends the first section of The Creation. Thursday night the heavens were telling lots of people to stay home as the season’s first snow storm battered New York City causing many to miss the long-sold-out concert by Les Arts Florissants of Haydn’s late masterpiece, part of Lincoln Center’s White Light Festival.

The intrepid who trudged to Alice Tully Hall were rewarded with a constantly provocative, sometimes willful, ultimately thrilling performance led by the group’s founder Willian Christie.

After Mostly Mozart’s faceless Schöpfung dressed up in a dark dank staging earlier this year, Lincoln Center had some amends to make and it did so triumphantly courtesy of one of the venerable French group’s frequent Manhattan visits.

In the over 30 years that it has been bringing deluxe operas and concerts to New York, LAF has stayed safely on its home turf—music of the 17th and 18th centuries—but this was the first time the group had ventured to the US with a large-scale classical work.

The first time I heard LAF occurred in 1989 when its legendary production of Atys arrived at the Brooklyn Academy of Music. Of all the many wonders of that Lully which I heard twice that year, then again in 1992 and for the final time in 2011, what I most still remember after nearly 30 years is the astonishing sound of the chorus during the prologue.

I had never heard anything like it—full and glowing, homogenous yet remarkably complex. For all the superb solo singing and orchestral playing at LAF performances throughout the years, the sublime quality of the chorus has remained the most consistent joy.

I was then delighted but not surprised at the excellence of the 27-member group which Thursday night set Tully ringing “telling the glory of God.” Its eight fierce sopranos and six bold tenors in particular made Haydn’s demanding writing sound gloriously easy. The ensemble unusually included three countertenors which may not have been historically “correct” but they more than pulled their weight.

The period orchestra of 43 might have been a bit less consistently fine—the natural horns struggled sometimes, for example—but they brought a rainbow of unusual colors to Haydn’s vivid writing. The evening started out unpromisingly as Christie’s unusually slow tempi caused some erratic playing; throughout the performance, his attenuated pacing sometimes brought mixed results.

Oftentimes I caught details I’d never heard before despite decades of familiarity with the work. The blaring period trombones were pungently arresting as were the twacking punch of the timpanist’s wooden sticks, and I’ve never seen nor heard a 10-foot tall (at least) bassoon before! However, sometimes Christie’s choices struck me as mannered or fussy simply for the sake of doing it differently.

A bout of enthusiastic coughing and an obstinate cellphone brought forth the most colorful example of Christie-audience-chastisement I’ve yet witnessed. He stopped the performance dead to lecture at some length on how all the rude noises were disrupting his music-making. I think there was also a remark about Haydn not having to put up with cellphones but I’m not sure as that comment was more mumbled, less clarion.

His tart discourse brought forth at least two rounds of applause and a scared, reverent silence during the rest of the performance. Significantly, the next words sung were “Und Gott sprach” as the performance was, of course, in German.

That follow-up phrase was sung by the evening’s Gabriel/Eve, Sandrine Piau who has worked with Christie longer than any solo singer. The first time I heard her was at an LAF all-Charpentier concert at BAM in 1991, and since then I have attended nearly 20 other Piau performances both here and in Europe, some with LAF, some with her other great longtime collaborator Christophe Rousset, who, like Marc Minkowski, Emmanuelle Haïm and many others, started out in the Les Arts Florissants band.

One doesn’t so often suggest that “time has stood still” for a singer but in Piau’s case one must. The voice remains as fresh and lovely as when I first heard it 27 (gulp) years ago. She also performed Die Schöpfung at a performance I attended at the Salle Pleyel in 2011 so after I got home I pulled out a broadcast of that concert.

Her usual radiance was astonishingly similar to what I had just heard although her interpretation differed somewhat as Hervé Niquet’s tempi then were much more traditional.

Although I haven’t run across their ages, tenor Hugo Hymas graduated university in 2014 and bass Alex Rosen just finished up at Juilliard this past spring. But based on Thursday’s performance one would have never thought that Piau has been singing at the highest international level since they were both probably still in pre-K. Of the pair Rosen was the more finished artist bringing a potent and virile bass to Raphael and Adam.

I had only heard him previously as Thésée in Juilliard’s wildly uneven Hippolyte et Aricie in which he was nobly sonorous but challenged by the role’s high tessitura.

The more congenial range of the Haydn played to his strengths and demonstrated that he’s not merely a promising young artist but already a mature one. His focused resonant singing was a joy throughout.

In particular he was adept at Raphael’s story-telling beautifully evoking the mysteries of creation before man appeared. A delicious moment occurred between soprano and bass during the ecstatic duet between Eve and Adam when he grandly related how he would be her guide and bid her to obediently follow him. Piau listened intently with a knowing smile and an occasional sly side-eye yet replied with a suitable blissful acceptance.

Hymas sang well too but seemed a bit callow, his pleasantly grainy tenor comfortably declaiming Uriel’s music but not fully commanding it. He was better in the concerted numbers than the recitatives and his finest moment came in “Mit Würd’ und Hoheit angetan” where Christie’s deliberate orchestral pacing brought out new wonders in the accompaniment and beckoned Hymas to increased confidence and communication.

The past year has brought an unexpected bounty of the two great Haydn oratorios; almost exactly twelve months ago Yannick Nézet-Séguin conjured a boisterous Die Jahreszeiten in Philadelphia followed a few months later by another take by the Cleveland Orchestra at Carnegie Hall under Franz Welser-Möst.

After that forgettable Fura dels Baus staging, Christie and his formidable forces brought the Haydn celebration to a magnificent conclusion.  Although I own bushels of LAF CDs, I haven’t heard its Schöpfung but now I must search it out.

One hopes the weather will be more cooperative so March may come in like a lamb for Les Arts Florissants’s next visit: a staged double bill of Rameau’s La naissance d’Osiris and Daphnis et Églé at the Brooklyn Academy of Music March 1-3.

For those interested in an early Piau-Christie classical-era collaboration, listen to Mozart’s Davide Penitente from Aix-en-Provence 1991 here.