Niccolò Jommelli, forgotten now, was quite well known in Italy and southern Germany in his day. 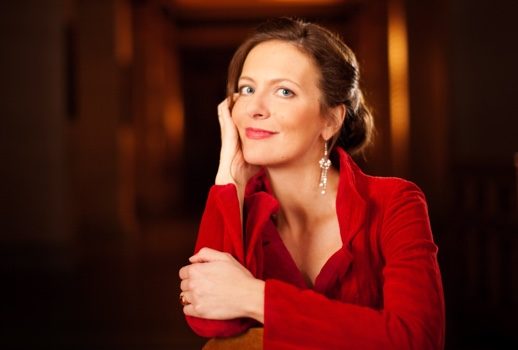 Stephanie Houtzeel “made the heart ache and the ears tingle.”

Niccolò Jommelli, forgotten now, was quite well known in Italy and southern Germany in his day. There are two reasons to revive one of his operas, as Opera Lafayette has just done, in Washington and in New York, Cerere Placata, a “festa teatrali” of 1771…

First, to see if he was as good as his reputation (he was!), and second because he fills a niche contemporary with Gluck, demonstrating the progress of Italian (and German) opera from the high baroque era of Hasse and Vivaldi (and, yeah, Handel, but Handel’s music was almost unknown on the continent in Jommelli’s day) to the classical era of Mozart and Salieri.

Jommelli, born near Naples in 1714 and educated there, was a great success in that city, the bastion of classical Italian tradition. Jommelli’s work secured him positions and commissions in Venice and Rome, and at last sixteen years at the court of the Duke of Wurtemberg. He brought Italian taste to Stuttgart, but he also found himself close to the music-loving courts of Mannheim, Dresden and Vienna; Jommelli appears to have been as open to influence as he was a purveyor of it.

Among the contemporaries he might have known were Hasse, the greatest opera composer of the previous generation, and Gluck, who was creating his first “reform” operas. Jommelli returned to Italy in 1770 but he had a stroke in Naples in 1771 and he lingered three more years, composing to his last breath. Cererewas produced soon after he recovered from his stroke.

This work was not composed for opera house performance but as a private  entertainment for the baptism of the first child of the king and queen of Naples, a gift from Carlos III of Spain, the king’s father.

If you’re curious about these persons and their court, I recommend Lina Wertmuller’smovie, Ferdinando e Carolina, filmed in the royal palaces, gardens and churches of Naples, all in extravagantly spotless condition. Your jaw will drop. And the appalling story is largely true, though Wertmuller, as usual, focuses on the war for supremacy between the sexes.

The “private” nature of the Cerere occasion accounts, no doubt, for the small size of the orchestra—though the singers were top-notch and surely the regal scenery (Sicilian beaches and temples) was superb. The quasi-mythologic story, complete with the arrival of Giove to sort things out at the end, was old hat and of little interest, but Jommelli’s manner of setting it is very different from the sort of thing we associate with “baroque” opera.

The arias are few, the recits long—nearly all of them “accompagnato” rather than “secco,” the orchestra providing a background mood to the dialogue. The crises of Act I build to a clamorous quartet that soon becomes a quintet; then everyone withdraws except the distraught lovers (one of them condemned to death), who have a duet of sorrow.

But these movements are never single in emotion, in melody, in key, in accompaniment. Each one evolves as the bewildered minds of the characters contemplate this disastrous course of action or that. The arias become far more variously structured than the traditional ABA. Just as you think a character has said all s/he could possibly have to say, the melody and the rhythm change and they are frightened by—or lamenting—or hoping desperately, in some other melodious mood entirely.

You follow them through the labyrinth of heart and mind. The “sung concert” of the baroque, with solo following solo, is, before our eyes, turning into something new and more intricate. From Mozart or Salieri this would not astonish us, but Cerere is ten years before Idomeneo or Les Danaïdes.

A new edition of the score has been created by Charles Brink, and it was he who led the Opera Lafayette forces in TheTimesCenter’s broad and rather dry-ish hall. The small orchestra was heavy with recorder-like wooden flutes (who had many obbligati to perform), valveless horns and other “early” instruments.

The singers all had pleasing full, room-filling voices but exercised restraint in the deployment of ornament. Singers of the eighteenth century (two illustrious castratitook part in the premiere) could warble for hours just to astonish you, but the modern taste prefers abbreviation and dramatic suitability.

Mezzo Stephanie Houtzeel was the most appealing figure with the most appealing role, Titano, a king who is ordered to execution for eloping with his true love against her mother’s will. Naturally, he is torn between sorry at the approach of death and the even greater sorrow of being taken from his love, Proserpina. Houtzeel’s suave, heroic tones and skilled insertion of trills created a heroic persona. She made the heart ache and the ears tingle.

Titano’s consort, Proserpina, was sung by Laetitia Grimaldi, who warmed to her role and gave a thrilling poignancy to her sentiments. Her final narration, in which she foresees the death awaiting her husband in phrases just a bit too low for soprano comfort, then rises to phrases of defiance, made one think of Mozart’s Konstanze in its exploration of all parts of her vocal competence.

Thomas Michael Allen, a tenor with a large and liquid sound, was highly effective in the arias of the usually less noticeable part of monarch’s counselor. Arianna Zukerman sang the castrato role of the High Priest with a large and comforting alto worthy of more intricate duties. Patrick Kilbride sang placatingly as Giove from the machine.

Jennifer Casey-Cabot performed the bravura but unsympathetic role of Cerere, Ceres, who is in a wicked temper as the piece opens—her beloved daughter having been kidnapped—and remains in that state of mind, threatening the lives and happiness of all who oppose her, including her wayward daughter.

Casey-Cabot’s rather shrill top notes expressed her fury rightly enough, and if not exactly a mad scene, set the hearer on edge. A cute touch: she carried her daughter’s photograph in a Victorian frame, so we knew what she was singing about.

As so often with these forgotten scores that fill in blank spaces in operatic history, Cerere Placata offered real insight into the ways brilliant composers were solving, before the public’s fascinated eyes, the problems of turning dramatic incident into musical event. I’m very grateful to Opera Lafayette for displaying it for us and look forward to their later productions this season, Handel’s Radamisto and Stradella’s Susanna. 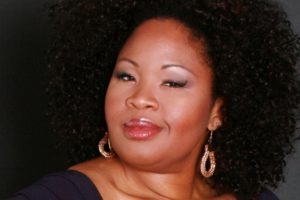