The theme was “Lyrics by Shakespeare.” 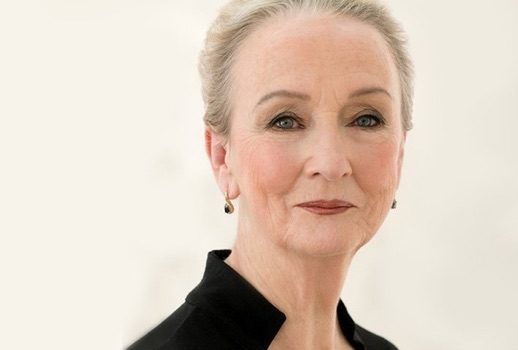 Chalfant, cranky in a chemise.

Mostly Mozart concerts used to begin, more often than not, with a pre-concert recital (followed by a cocktail or caffeine) to warm us and the performers up. On Wednesday, at the Stanley H. Kaplan Penthouse, at the all too civilized hour of 10 p.m., an hour of dessert was bestowed upon us (free wine and cold Perrier!) by the New York Festival of Song, Steven Blier’s organization to match young singers with unusual repertory.

The theme was “Lyrics by Shakespeare.” That theme and worthy music to it could easily run through next Tuesday with scarcely a break. I’ve always wanted to arrange such an event (with someone else singing). Half the composers I know have set Shakespeare at some time or other, often when hired for this summer festival or that, and these worthy numbers are too often forgotten.

I would also use the love duet from Les Troyens,Strauss’s Ophelia-Lieder, Cole Porter’s “I Am Ashamed That Women Are So Simple” and “What a Piece of Work Is Man” from Hair. NYFOS kept it to the twentieth century (with a single exception), and the explanations by Maestro Blier at the piano were of the briefest. The musical styles ran from formal to jazz, musical to semi-operatic, serious to parody. They kept us guessing! Familiarity with the text was no guarantee of mood!

The format was thus: Kathleen Chalfant, in a classical-temple-worthy chemise, recited the poetry that had been set or had inspired the following song. Of course, we all know this stuff by heart (most of it), and the singers of the occasion had superb diction in a small room, but Chalfant put us into the proper or improper mood with some highly idiosyncratic inflexions, a downright cranky “Who is Sylvia?” for example, or Gertrude’s description of Ophelia’s death to introduce Berlioz’ scena on the subject.

This was especially useful in the two sonnet settings, since composer Dmitry Kabalevsky had set Russian translations of XIII and CLIII.

The singers were Naomi Louisa O’Connell, a mezzo new to me, and bass Matt Boehler, a frequent visitor to NYFOS.

O’Connell has a mezzo that, in full Kammersängerin cry, can sound a bit like, well, Kathleen Ferrier, actually. (Saint Kathleen! Can I say that? Is one allowed to say that?) Heavy gold, deep and room-filling, especially on Vaughan Williams’ “Orpheus with his lute” and Berlioz’ “La mort d’Ophélie.”

Then she took on a light number like Virgil Thomson’s “Sigh No More,” and the whole instrument was lighter, more brittle, tossing off the Hey nonny nonny’s. (O’Connell’s research, we were told, led her to a 1611 dictionary that explained this ubiquitous phrase referred to a woman’s place of joy … anyway, depending how you phrase it, Hey nonny nonny can be a euphemism for just about anything. O’Connell’s raised eyebrow implied everything.

Her jazzy “If Music Be the Food of Love” (by John Dankworth), with scat singing, was dancy and vivacious; her “Shall I Compare Thee to a Summer’s Day” (also Dankworth) smoky and alluring. The voice varies with the sort of tale she has to tell.

Lofty Matt Boehler is veteran of many a concert with Blier, and his deep basso has been usefully deployed at New York City Opera. The notes had a midrange dryness on this occasion, but they descended to the subterranean octave, where they were rich and moist as chocolate cake.

Like Chalfant, he seemed at first puzzled by the charms of the adulated Sylvia, but as the verses proceeded, grew more certain and exultant. The depths rang, also, in Gerald Finzi’s “It was a lover and his lass” and Roger Quilter’s “Blow, blow, thou winter wind.” His Russian accent seemed impressive to me (I have no Russian) in the Kabalevsky sonnet, and that’s an operatic repertory that can always make use of a secure bass.

In the final set, we had Virgil Thomson’s “Sigh no more” from O’Connell in a cynical mood—I liked her restrained moralizing far more than Emma Thompson’s in the film of Much Ado—and Boehler sang Stephen Sondheim’s only Shakespeare setting (“Fear no more” from The Frogs) with a dignified mourning shrug.

Then back to John Dankworth, the hilarious jazz man, for the final act of Macbeth as a duet for uneasy king and not very reassuring apparitions. This allowed the singers to “do” voices, eldritch spirits, pompous Malcolm and all, concluding on a note of summery enthusiasm, the king himself aside.