The fire of artifice

My mother leaned in and quietly whispered,"Is that Leontyne Price?” to which I replied,"Shhhh!” Ms. Fleming silently inhaled and let out the most beautiful and controlled stream of tone I think I may have ever heard.

My mother and I went to see Three billboards Outside Ebbing, Missouri a couple weeks back. As we sat, enveloped, in the plush luxury jet seating of our local cinema the film started and the “Beautiful Voice” (© registered trademark) came over the sound system cooing the famous aria from Flotow’s Martha. My mother leaned in and quietly whispered,”Is that Leontyne Price?” to which I replied,”Shhhh!”

I love Renée Fleming if not past the precipice of profanity like some. Frankly, she’s just hasn’t gotten me that excited lately. From the outset there was no denying the absolutely gorgeousness of the instrument and I fanboyed hard in the beginning. In 1994 I bought the Opera Rara recording of Donizetti’s Rosmonda d’Inghilterra based on a review and felt like I had struck gold.

Then I had to have the Strauss Four Last Songs she recorded in Houston for RCA (with an acoustic so unimaginably bad I thought either my hearing or my judgement was failing) then I seriously coveted the Rossini Armida from Bologna even though I didn’t know a note of that score. I think it was the same year that Angela Gheorghiu’s Covent Garden Traviata was released so these were giddy times for us sopranoistas.

Shortly thereafter our American diva was anointed by Decca Classical with a recording contract and all her (my) dreams came true. The “Great Opera Scenes” CD conducted by Sir Georg Solti that actually got me to listen to a Benjamin Britten aria all the way through and love it. The “live” Alcina led by William Christie with Les Arts Florissants which introduced me simultaneously to Susan Graham and Natalie Dessay (!) Her Manon and Rusalka videos from the Paris Opera and the recordings of Thais and Cosi fan tutte. Is it hot in here? Damn, Joel Rozen was right. I fucking love Renée Fleming too.

Then finally in 2006 (finally!) it was announced that La Renée would be presented by LA Opera in her new favorite jam as Violetta in Traviata, and not only Renée but Rolando Villazon as Alfredo and Dmitri Hvorostovsky as Papa Germont. I was so incredibly excited until the very moment I saw the ticket prices (which had definitely been inflated in honor of the occasion).

I wandered the earth like a barren Greek widow for weeks shaking my fist at the heavens and counting my impending financial sacrifices until I read that Decca was going to film the LA Opera production for worldwide DVD distribution. My wallet breathed a sigh of relief and I settled in for the wait.

In true Dame Nellie Melba tradition she came with her own costumes that she’d had made by John Pascoe for the Franco Zeffirelli production at the Met (because?) They’re mentioned on the DVD in the final credit roll like guest artists. Also Dimi cancelled and we ended up with Renato Bruson as Daddy Germont. Turned out Violetta really wasn’t her role either in spite of the fact she sang it around quite a bit. Even a second DVD release from Covent Garden (in Angela’s production(!)) nailed that assessment in for good.

Meanwhile Mme. Fleming has been presented by LA Opera on a number of occasions in recital, including, not too long ago, with our grand seigneur Maestro Domingo. Finally an operatic opportunity arose again in 2014 when we they announced a semi-staged performance of André Previn’s A Streetcar Named Desire. Frankly my first thought on that was,”nah.”

So it was with a slight feeling of neglect that I finally got to be in the presence last Tuesday night when La Fleming presented her victory lap recital tour stop here at the Music Center in this the year of her “conscience uncoupling” from the operatic stage. Her Los Angeles fans were out in force. All of us knowing that this would be one of the last times we could revel in the glory that is La Scoopenda.

When she took the stage I was flooded with nostalgic memories of nearly every time I’d seen her make a concert or recital entrance on television. Her radiant smile, the energetic gaint, and the only thing I can ever think of is,”What is that woman wearing?” The answer to that is a Carolina Herrera black and white sheath with a slight train and then what appeared to be a shrug made of pleated silver satin starched so heavily she looked like someone going trick or treating as a solar panel. Plus there’s a special place in heaven for a diva who can’t handle her couture. At one point in the evening she almost knocked her music of its stand: klutzy and charming.

Her accompanist, the able and elegant, Harmut Höll started the introduction to Handel’s “Ombra mai fu” and Ms. Fleming silently inhaled and let out the most beautiful and controlled stream of tone I think I may have ever heard. She swelled the sound to the tasteful edge of vibrancy and finished the phrase.

Thereafter and especially in the second, quicker, piece,”Bel piacere e godere” from Agrippina, her control evaded her as did the consistency of her tone. She shook, she shimmered (she’s never had a real trill) but it simply didn’t work. She marched offstage and I swear I could hear manic humming, gargling, and the frantic sound of atomizers being deployed.

She returned for seven Brahms pieces nearly all of which were part of smaller cycles themselves which made their choosings seem odd. She seemed to find her footing far better with these as they were technically less exposed and allowed for a more emotional interpretation. Still the voice seemed diminished in power and the softest and highest notes, while certainly supported, were thin. The “Weigenlied” found her in the best form of the set and I wasn’t used to hearing a female voice for this chestnut which made it doubly charming.

Closing the first half were two new songs by Pulitzer Prize winning composer Carolyn Shaw. “Aurora Borealis” which started quietly and ended with a wide wandering vocalise and the caustic and far for edible “Bed of letters’. Both were commissions by Carnegie Hall that Ms. Fleming debuted there in October.

For the second half the music of Gabriel Fauré and in particular his elegiac “Clair de lune” and “Mandoline” with its slightly cha-cha rhythms found our diva in very congenial form and made me wish we were staying in France just a bit longer but alas, non, for our very next stop on the program was another modern piece.

Now I owe Ms. Fleming a real debt of gratitude for forever curing me of even the slightest curiosity about Rufus Wainwright’s Prima Donna. She sang the final aria,”Les feux d’artifice t’appellente” evocatively like it deserved all she had. It’s a very slim piece at best and I can’t imagine what prompted its inclusion except for a diva who wants to appear hip.

Throughout the evening Ms. Fleming spoke from the stage describing the various pieces she was performing with a light touch of both insight and brevity. Mr. Wainwrights piece received a similar primer. Speaking of the retired prima donna of the title and the distant fireworks show Ms. Fleming resisted all urges to descend into mawkishness which is to be commended. One can only imagine the three course meal some divas would have made of it.

Oscar Straus’”Je t’aime quand même” which is a sweet little waltz from his operetta Trois Valses still found our soprano without that beautiful bloom on the top. Throughout the evening two of her signature moves worked with little effectiveness or not at all. First the slightly tightened appoggiatura (scoop) that she favors, which frankly I always enjoyed, to throw in here and there for emphasis failed to come off for one reason or another and ended up sounding “pitchy.”

Then her tendency (habit) to attack with straight tone from the top of a high pitch and then fill out the tone didn’t seem to be in her arsenal Tuesday evening either. Frankly I think she was indisposed and decided to just be damn brave about it and not make an announcement. The voice just wasn’t phonating evenly.

Two Broadway pieces dedicated to her neighbor Barbara Cook were “Till There Was You” from “The Music Man” and “I Whistle a Happy Tune” from “The King and I.” They were accompanied by reminiscences about what a great teacher Ms. Cook was to say nothing of a remarkable artist. She also invited those in the audience who could to provide the whistle obligato in the second number since she herself cannot which was pretty funny.

FInally in the homestretch we got two Dvorák pieces. A valedictory “Songs my mother taught me” and, of course, the ubiquitous aria from Rusalka. Both were rendered with caution in the big moments and Ms. Fleming is a canny enough performer to make you think she wanted it to sound that way.

Encores followed and the announcement of “O mio babbino caro” was about as surprising as finding a Starbucks on a Seattle street corner. The we had a merry sing-a-long through the second verse of “I Could Have Danced All Night” and, while we’re on the subject, can you imagine a “sing-a-long” at, say, a Jessye Norman recital?! (“OK, everyone, I’ve passed out the lyrics to the Erlkönig; let’s ALL do it together shall we?”)

Finally in honor of the approaching Bernstein juggernaut we had a sprechsange “Somewhere” which wasn’t without a healthy dollop of pathos.

Mr. Höll accompanied throughout the evening with refinement and offered exemplary support. Never overpowering the voice or bringing undue attention to his magnificent playing. I especially liked the way he stood immediately at the end of the long set of Brahms to let us all know that it was indeed done. 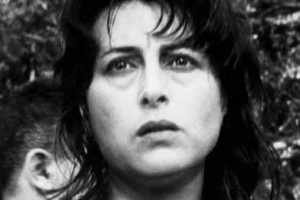 Everybody is nothing until you love them 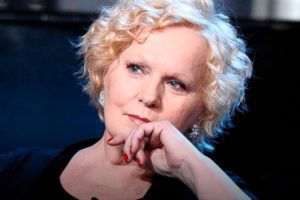 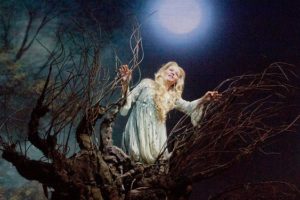