Dancing with the star

of rare bel canto arias just released by Erato, I felt many of the old sparks reigniting. I don’t remember when I fell out of love with Joyce DiDonato. My initial, immediate infatuation soon evolved into a grand devotion, but recently my ears have been more and more seeking out the company of other mezzos. However, after listening to “Stella di Napoli,” her mightily impressive new CD

of rare bel canto arias just released by Erato, I felt many of the old sparks reigniting: maybe there is still hope for us?

Can it be only 10 years since I first heard her? I didn’t know the voice at all before I bought my first DiDonato recordings—“Amor e gelosia,” a marvelous collection

of unusual Handel duets with Patrizia Ciofi and the first version

of Handel’s Radamisto, both recorded in 2003 and both conducted by her early champion Alan Curtis.

of Mark Adamo’s Little Women, she had to surmount early struggles with an initially recalcitrant instrument that would never be conventionally beautiful. But those Handel CDs announced a rare and valuable artist, an inquisitive musical personality with an impressive technique displaying a real flair for florid music, all suffused with an infectious joy in singing.

She was already well into her 30s when I first had a chance to hear her live in her career-changing, go-for-broke portrayal of Dejanira in Luc Bondy’s intense contemporary vision

of Handel’s Hercules when Les Arts Florissants visited the Brooklyn Academy of Music in 2006. My breath was literally taken from me as I witnessed this compleat artist commanding the stage as the hero’s ferocious wife driven to madness by her irrational jealousy.

A string of acclaimed recordings coupled with high profile new productions at many of the world’s most important opera houses meant that everyone who knows anything about opera soon knew about Joyce DiDonato. An increasing online presence, particularly her “Yankee Diva” blog, further endeared her to the musical world: her charming, down-to-earth personality was a far cry from the usual (erroneous?) expectation of “difficult” diva attitude.

of Handel’s Ariodante struck me as occasionally mannered and detached, something I also experienced on her “Drama Queens” program

, particularly in the concert, abetted by impossibly baroque Vivienne Westwood couture, based from that CD.

I was also not a fan of her Met Maria Stuarda; despite much impeccable vocalism, her interpretation, no doubt encouraged by director David McVicar, perversely strove for historicity rather than bel canto flair. Her singing manifested more disturbing qualities including a tendency to lapse into a white, straight tone that frequently clashed with Donizetti’s full-blooded Italianate fervor.

The nadir of my experiences of DiDonato’s singing live came with her appearance at last year’s Richard Tucker Gala which I attended at Avery Fisher Hall. She was clearly the “star” of the event, singing two big scenes with chorus from Bellini’s I Capuleti e I Montecchi and Rossini’s La Donna del Lago. The Romeo was extremely hard-driven exposing her current habit of going wildly sharp on forte high notes, and the “Tanti affetti” was extravagantly ornamented beyond recognition. It was a dispiriting evening for this increasingly alienated devotee.

Recently I was reminded of what I had been missing when I listened to a broadcast from this summer’s Göttingen Handel Festival. The opera was Faramondo, one the composer’s most obscure, with the title role beautifully sung by the young American mezzo Emily Fons. Throughout her numerous arias I thought often of the fire and élan of those early DiDonato recordings; there was also in Fons that appealing sincerity that has mostly disappeared from the work of the senior diva.

So when “Stella di Napoli” arrived in the mail I opened it with trepidation. To my relief, for the most part it proved to be a happy return to form for its enterprising star: a fascinating exploration of some of the lesser-known corners of early 19th century opera drawn from works that have their roots in Naples. These ten scenes are sung with welcome freshness yet with scintillating splashes of the show-stopping brio one expects.

The very first track, an infectious cabaletta from the opera that gives the CD its name, Pacini’s Stella di Napoli, instantly recalls the delicious obscurities that Richard Bonynge routinely unearthed to sprinkle into those double-LP recitals Joan Sutherland released in the 60s and early 70s. While apparently being dragged in chains to her execution, as the eponymous heroine DiDonato sings a bouncy polonaise cursing the man she’s dying for (in Act 1, no less) while effortlessly tossing off several sets of rising trills and lots of staccati that sound like laughing. With the chorus chiming in that it doesn’t pity her(!), this rousing piece proved an irresistibly loony amuse-bouche.

One of the more familiar selections follows, Nelly’s “Dopo l’oscuro nembo” from the second version of Bellini’s Adelson e Salvini. Long a favorite of Montserrat Caballé, the three floating stophes represent a first draft for Giulietta’s more celebrated “O quante volte” from Capuleti. DiDonato so hauntingly spins out the long Bellini lines that she will convince many listeners that for those six minutes she really does have one of the most beautiful, most expressive voices in the world.

Although just three of the ten tracks are world premiere recordings, I suspect only the most intrepid bel canto aficionado will be familiar with many of these excerpts especially since instead of Spontini’s La Vestale we get an excerpt from Mercadante’s and rather than Bellini’s La Sonnambula, we experience a taste of La Sonnambulo by Carlo Valentini. It’s especially interesting to hear Michele Carafa’s entrance aria for Lucia from his 1829 Le Nozze di Lammermoor, its plaintive clarinet obbligato evoking quite a different mood from Donizetti’s analogous “Regnava nel silenzio.”

Rather than choosing one of his more familiar works, DiDonato again displays her peerless Rossini pedigree in an elaborate scena from yet another Colbran vehicle, Zelmira, an opportunity to follow up one of her more successful

And Donizetti’s fascination with Elizabeth I of England goes beyond even Maria Stuarda and Roberto Devereux to his 1829 Elisabetta al castello di Kenilworth. DiDonato doesn’t program one of the queen’s arias but rather “Par che mi dica ancora,” a yearning one (with an arresting glockenspiel obbligato) for the seconda donna Amelia.

Throughout this challenging, even revelatory program, DiDonato sings with commendable commitment and unerring taste. There is little of the hard edge that has recently crept into some of her music-making, although throughout the CD her highest notes sound smaller and whiter than the rest of the voice. In particular, the prayer from Maria Stuarda, familiar from the recent MET production

The CD’s last track, the final 15 minutes from Saffo, is the disk’s only real flop, but I suspect that is due more to Pacini than to DiDonato. Despite the role’s being embraced by monstres sacrés like Leyla Gencer, Adelaide Negri and Caballé, Saffo’s big scene fails to make much of an impact. As in “O ma lyre immortelle” from Gounod’s Sapho, the poetess strums her lyre and sings an (uninspired) ode to Love. Then she launches into an awkward cabaletta that fails to convince as the preparation for the suicide by jumping off a cliff with which the opera ends. Whether any of these pieces has been transposed down for DiDonato remains unclear—the CD notes just don’t address the topic—but I suspect this soprano role just isn’t for her.

Erato, having now subsumed Virgin Classics, presents one of the jewels of its roster with luxurious support. Best known for his exploration of 18th century vocal and instrumental music as both a violinist and conductor, Riccardo Minasi is also an expert in the bel canto repertoire having collaborated on the critical edition of Norma that was used in the recent controversial performances and recording starring Cecilia Bartoli.

In addition to conducting the Orchestre et Choeur de l’Opéra National de Lyon, he (with Alessandro Bares) contributed the editions of eight of the “Stella” pieces and wrote the illuminating CD notes. As conductor, Minasi reveals a real flair for this music drawing idiomatic and flamboyant readings from his large forces and establishing a palpable rapport with his mezzo. The three supporting singers have little to do but do it competently.

One hopes that this sterling project represents at least a partial self-reinvention for DiDonato. After a short “Stella di Napoli” tour in Europe later this month, she returns to her baroque roots for her first live encounters with Handel’s Alcina during a six-city tour with The English Concert which concludes at Carnegie Hall on October 26.

Despite Carnegie’s presenting DiDonato in numerous concerts in her Perspectives series this season, no “Stella di Napoli” concert is planned but one hopes that her all-bel canto evening there on March 18 with Nicole Cabell, Lawrence Brownlee and the Philadelphia Orchestra will feature at least a couple of these rare and ravishing stelle. 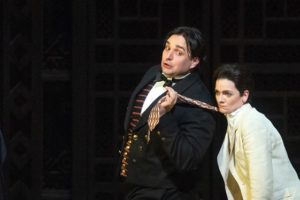 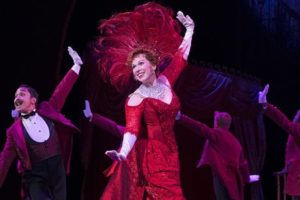 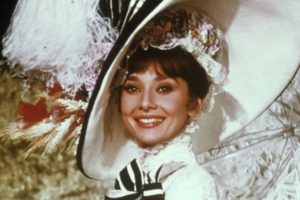