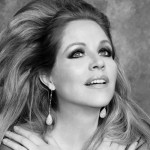 “She must be beautiful, but more important, she must be refined”

La Cieca wants to be the first to congratulate Renée Fleming on her latest achievement: being named as the new “Gillian Girl” following the retirement of Anne Welles.

La Cieca is simply overjoyed to announce a handy and fascinating innovation at parterre.com: The Author Archive Page. Each of your doyenne’s stable of scribes will be assigned his and/or her own unique page where every story under that byline will be easily accessible—as, for example, the many and wondrous reviews of Ercole Farnese. Look…

the only hit that comes out of a la cieca interview is la cieca, and that’s me, baby, remember?

at least her jewels are

Watching the Richard Tucker Gala just now, La Cieca is reminded to something she said to a companion after an early Diana Damrau Met performance (Ariadne, she thinks it was.) What La Cieca said was, “Well, you can send all the others home, because we’ve found our Neely O’Hara!”

the lady with the torch

La CiecaÂ is once more available for dancing in the streets and shouting from the housetops for the (admittedly off-topic) reason that the Technicolor musical campfest Torch Song has made its long-awaited debut on DVD.Â Only inÂ 1953 — with the Red Scare, the threat of nuclear annihilation and the growing threat from televsion bewildering studio exectives —…

And one for Mahler!

A double-header of Tony Tommasini delights this weekend in the Times. On Sunday, TT puts on his Captain Obvious hat to ask the musical question, “is it possible that [Nathan] Gunn‘s appearance has drawn attention away from his fine vocal artistry?” You’ll find that story right next to the photograph of Gunn with his shirt…

You’ve got to climb Mount Everest

Anna Netrebko is Anne Welles! Rolando Villazon is Lyon Burke! On the silver screen, every thrill, every shock of the best-selling novel by Jacqueline Susann! Uh, make that “the best-selling opera by Giuseppe Verdi…