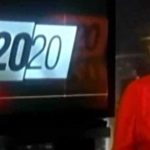 San Francisco Opera and Lyric Opera of Chicago have announced the cancellation of their respective 2020 fall seasons. 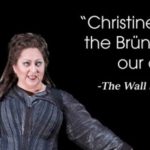 Yes, this is the image Lyric Opera of Chicago has chosen to promote its upcoming performances of Der Ring des Nibelungen on social media. 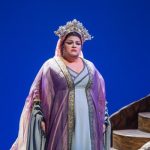 My takeaway from this evening is that I want to hear a lot more from Amber Wagner.

The shock of the new

“The article also referred imprecisely to offerings in the Lyric Opera of Chicago’s 2012-13 season.”

The lady of the lake

La Cieca has been alerted to be on the lookout later this afternoon for an announcement that Renée Fleming will take on an important administrative position at Lyric Opera of Chicago. It’s not precisely “directa,” but something more comparable to Placido Domingo‘s erstwhile post at Washington National Opera. Anyway, by this afternoon we’ll have a clearer…

Chicago’s opera community has been abuzz about this production of Verdi’s Un ballo in maschera ever since the 2010-11 Lyric Opera season was announced.  A sumptuous production owned by San Francisco opera, major female stars, a solid male cast of experienced Verdians, and stage direction by the legendary Renata Scotto—what more could one ask?

puppy on a hot tin roof

La Cieca cannot help losing her heart to a stage director who compares Berg’s Lulu to “early Elizabeth Taylor,” particularly when the regisseur in question is puppylicious Paul Curran. (In this video he’s introducing the opera for his new production at Lyric Opera of Chicago opening in November.) [kml_flashembed movie=”http://www.youtube.com/v/4ebzoFHR8V8″ width=”425″ height=”350″ wmode=”transparent” /]