On paper, the Met's revival of L’elisir d’amore looked like a lovely evening.  And at times it was—a few scenes hinted at what it could be and what it might yet become. 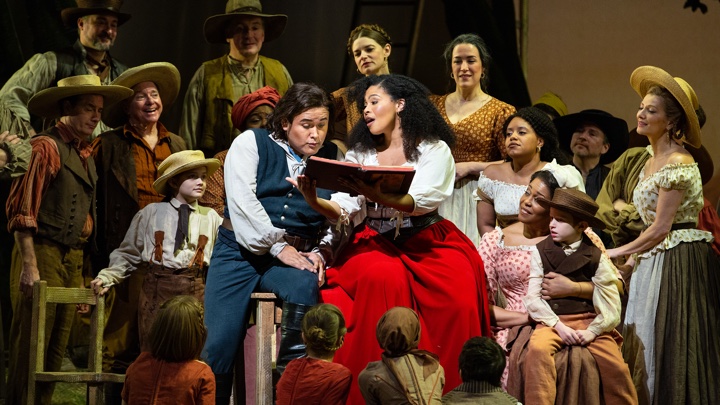 Donizetti’s opera is an enchanting work full of musical invention.  Dramatic truth is also present in the excellent libretto of Felice Romani, the crown prince of 19th century opera librettists adapting the work of Eugène Scribe in Auber’s Le Philtre.

The characters are quirky, very real and aren’t just standard issue opera buffa types.  Scribe was a master of theatrical organization while Romani possessed a poetic sensibility with a knowledge of human character and psychology—they knew their job.

When you change the setting very little is harmed—there have been successful productions that have updated the action to the American Southwest in the early or mid-20th century that have been charming.  No harm done.  But when you change or distort the characters, altering their very nature and relationships, the opera loses heart and sense. 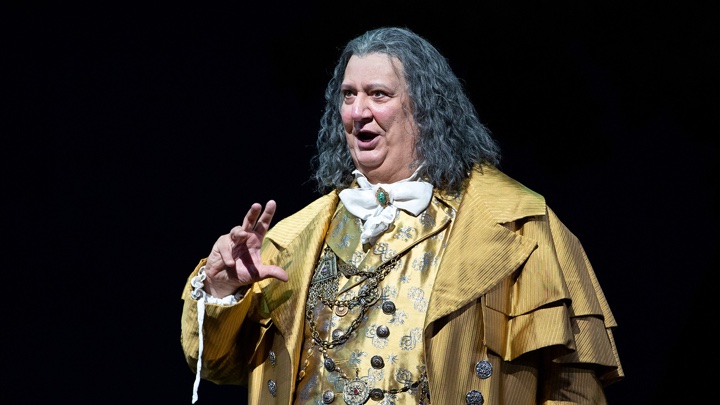 That is what Bartlett Sher did in his misguided 2012 production of Elisir which sets the action in the politically charged Italy of the 1840’s risorgimento period.  The scrupulously period specific settings of Michael Yeargan and the attractive costumes by Catherine Zuber evoke the 19th century Italy of Luchino Visconti’s Senso and Il gattopardo.  It is truly insidious as Sher’s production looks just like you think a traditional Elisir should look, except that everyone is too well-dressed and upscale, but it plays all wrong.

The stage director of this revival Gina Lapinski softened certain aspects (the brutality of Belcore’s occupying “Austrian” army) while retaining too much else (the now literate and refined Nemorino, the onstage set change in Act II with flying scenery, Nemorino being brutally beaten by Belcore’s soldiers during the Act I finale, etc.).  Some of the sexual harassment of the village girls and bayonet brandishing by the soldiers has been omitted to good effect.

The old John Copley production with Crayola-colored sets and costumes by the late Beni Montresor was nothing great but it respected the story and gave enough room for tenors as different as Luciano Pavarotti, Ramon Vargas, Roberto Alagna and Juan Diego Flórez to bring their unique personalities and characterizations to the bumptious illiterate peasant Nemorino. 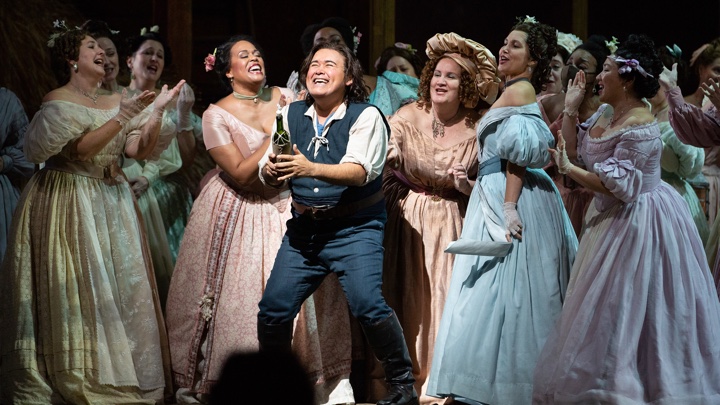 Javier Camarena has all the innate qualities of an ideal Nemorino.   But the misguided directorial concept of having Nemorino not only able to read and write (he signs his actual name to the army commission rebuking Belcore for thinking he can’t) makes the character less interesting and works against Camarena’s natural temperament.

There is nothing to be gained from taking an original comic character who is unique and turning him into a standard issue juvenile lead (i.e., Ernesto in Don Pasquale or Fenton in Falstaff).  The diminutive Camarena has a natural underdog personality and comic vitality that were submerged under a long black pageboy “romantic hero” wig, elegant vest and slacks unsuitable for farm labor and a brooding “sensitive artistic type” demeanor.

Once you lose Nemorino, the opera loses everything as he is the central heart and soul of Donizetti’s comic masterpiece.  He needs to be poor, unsophisticated, uneducated and foolish for the plot to work.

No one sounded especially good, and the breakneck motoric tempos of debutant conductor Michele Gamba didn’t give the singers a chance to let the music breathe or their voices to shape the music stylishly.  Both Camarena and his Adina, Golda Schulz, sounded underpowered at times, the soprano inaudible in concerted ensembles.  A smaller theater than the cavernous Met might be ideal for the intimate story and lighter voices.

The central tessitura of most of Nemorino’s music kept a lid on Camarena’s brilliant top.  He too often pushed the tone into a spread, pressured, unsupported and breathy sound.  In Act II, Camarena collected his tone and his “Una furtiva lagrima” won an enthusiastic ovation.

Schulz’s lovely silvery soprano lacked warmth and variety as well as presence in the house.  Her beautiful pure tone works better in Mozart and German rep.   Schulz’s Adina was an endearingly sassy and willful minx, but her capricious personality had nothing to spark off of.

Baritone Davide Luciano had the advantage of native Italian, but his voice is small and undistinguished aside from one or two bright high notes.  Luciano also is a compact man not much taller than Camarena.  He wasn’t well cast as a sinister bullying foreign invader having a naturally jovial, vivacious stage personality.

Ambrogio Maestri as Dottore Dulcamara seemed tired just going through the paces, lacking the energy to race through the patter in tempo and seemed disengaged from the comic business.  Brittany Renee did her best to brighten things up on the sidelines as Gianetta.

The “Quanto amore! Ed io, spietata” duet between Dulcamara and Adina radiated playful camaraderie despite a tree and stable that levitated and extras dragging in shrubbery and moving furniture upstaging the leads.  (There is a false proscenium downstage with a show curtain and that duet could be done “in one” with two soloists singing in front of the lowered curtain while the scene is changed behind it.)

One scene showed how this revival could have knocked it out of the park:  In the last scene after Adina’s aria and cabaletta, Schulz grabbed Camarena by the back of the head and planted a long deep kiss on him and Camarena kissed her back harder for several minutes.  The audience began to applaud and whoop and holler.  Both Nemorino and Adina seemed dazed and elated by the kiss and their singing and acting turned effervescent and spontaneously joyous.

Suddenly we saw the combination of absurdity and heart that drives Elisir as we both wept for joy at the lovers finding each other and laughed at their silly antics.  The singers were having fun and throwing themselves into their roles.   Everything came together.