Can we start by not using Barbra Streisand as a polestar here? 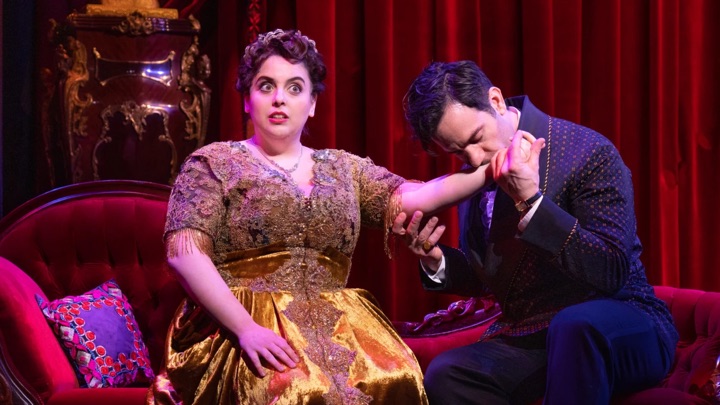 DAVID FOX:  By which I mean if we’re going to invoke her—as virtually every critic writing about the current Funny Girl revival on Broadway has done—that we be frank about it. Yes, she was (and I guess is) a sensationally gifted and spectacularly individual performer. And no—I did not see her in Funny Girl on stage. But there’s ample evidence to suggest that electrifying as she could be, her performance, always mannered, quickly grew quirkier and less disciplined. By the time William Goldman wrote about her in The Season, his point of comparison was Jerry Lewis, one I’ve heard from others who saw Streisand late in her run. But even at the beginning, Streisand bent Jule Styne’s score to suit her, rewriting the melodic line and virtually throwing the rhythms out the window. It was already notable in the original cast album, and egregious in the film soundtrack four years later. You may love what she does—in some moods, I do, too. But there’s quite a lot to be said for Styne’s actual score, which includes for Fanny no fewer than five of the best Broadway songs of the 1960s: “Cornet Man,” “Who Are You Now?,” “The Music That Makes Me Dance” and yes, of course: “Don’t Rain on My Parade” and “People.” Don’t they deserve a chance to be heard come scritto? All this should be good news for Beanie Feldstein and this revival. Alas, it’s not (or at least not enough).

CAMERON KELSALL: Feldstein’s casting intrigued me when the news first broke last summer. She’s an affable presence in movies like Lady Bird and Booksmart, and she made a charming Minnie Faye in the recent-ish Broadway revival of Hello Dolly! My interest piqued further when she displayed solid dramatic chops as Monica Lewinsky in American Crime Story: Impeachment, the Ryan Murphy dramatization of the Clinton scandal. The role of Fanny Brice encompasses a wide range of styles and demands, from diegetic vaudeville numbers to self-deprecating broad comedy, to the quiet introspection at the heart of the heroine’s personal story. Feldstein struck me as an outside-the-box choice: not known as a barnstorming vocalist or a flashy comic, perhaps she would be the person to fully pull the part out of Streisand’s long shadow. Well, that ship has sailed, as we all know by now—due to scheduling conflicts, we didn’t catch a performance until three weeks after the Broadway revival opened to reviews that ranged from tepid to downright dismissive. And while Feldstein has an engaging personality and some genuine spunk, reports of her ineptitude have not been exaggerated. 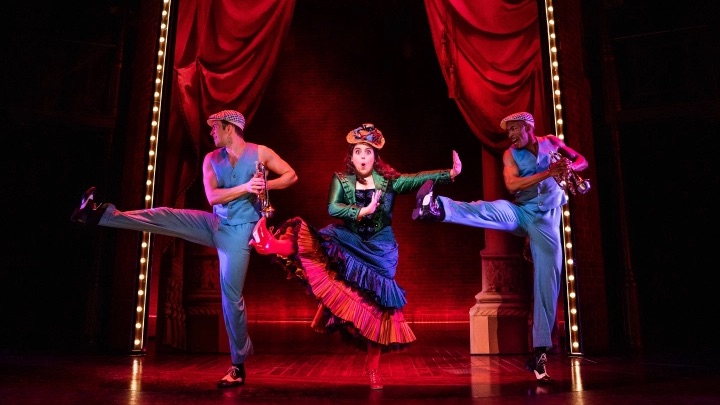 DF: I wanted to love her, truly I did. And her warmth and likeability do come through here, and particularly in a few moments, they are rewarding enough. But to me, even at best she’s essentially half a Fanny Brice. I don’t mean that in the sense of acting vs. singing. I’m thinking more of Brice’s very distinctive double-edged performing personality. She’s probably best remembered now for broad comedy, often in Jewish dialect. But she was also a superb torch singer, whose mournful performances of “My Man” (a hit she made out of the French “Mon homme”) and other, similar songs were quite distinctly separate from that persona. Look at some of early photographs of Brice and she’s likewise hard to pin down. In some, she’s completely devoid of glamor, but in others she’s chic and beautiful. Feldstein does reasonably well by the comic Brice, but has little to offer in the darker moments, including that her singing voice regularly fails her. It’s lovely if fragile in the upper middle when there’s no pressure on it, but as soon as range and volume are needed, it’s an audible problem (and we can literally hear the soundboard twiddling to add resonance.)

CK: Styne’s score, with lyrics by Bob Merrill, similarly mirrors the duality of Brice’s career. Famous numbers like “People” and “Who Are You Now?” are clearly meant to evoke torch songs, while also fleshing out details of her personal life—her humble beginnings in Brooklyn, her troubled first marriage to the gambler and playboy Nick Arnstein, her unhappiness even amidst rising levels of fame and wealth. But they’re balanced by music hall pastiche. It’s the latter where Feldstein most comes into her own, including some solid dancing chops in “Rat-a-Tat-Tat” (the choreography is by Ellenore Scott, with specific tap choreography by Ayodele Casel). But even more than her vocal shortcomings, she seems unable to hold the stage in moments of repose and introspection, which turns numbers like “The Music That Makes Me Dance” into endurance tests. She captures Fanny’s youthful ambition but not her world-weary, uncomfortable relationship to stardom. There’s also scant chemistry between Feldstein and her leading man, Ramin Karimloo—a veteran of Les Miserables and Phantom who brings far too many popera mannerisms to his performance. 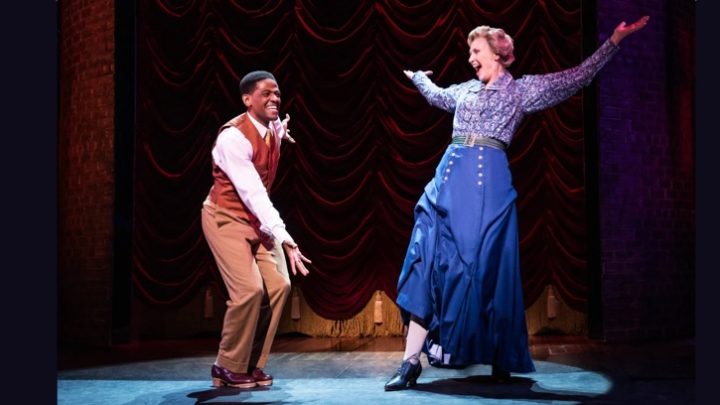 DF: I think to be fair to Feldstein—and to Karimloo also, though I agree he seems to be walking through this with little sense of engagement—there’s not much here to act. Frankly, the biggest problem with Funny Girl is… Funny Girl: the show itself. It’s easy to imagine that the property itself must have seemed like gold. Less than five years before, Styne had written a historical backstage biography musical with a great diva central role—I’m thinking of Gypsy, of course, arguably the greatest musical ever. But that has an Arthur Laurents book that would probably work even as a play without music.  The book for Funny Girl, originally written by Isobel Lennart, was feeble, and Harvey Fierstein’s revisions haven’t helped. The Jewish comedy shtick wears thin early on (Jane Lynch as Mrs. Brice tries, but she’s woefully miscast), and the love story doesn’t have enough substance. Peripheral characters exist to provide important plotlines, but again, there’s not much to work with here. Jared Grimes’ song and tap-dance in “Who Taught Her Everything She Knows” is a barnstormer, but that’s about it from him. And so it goes.

CK: Grimes earned the production’s sole Tony nomination, and while he’s certainly an impressive hoofer with a passable voice, it’s hard not to feel that he benefited from the deficits surrounding him. And if a finger should be pointed anywhere, it’s in the direction of Michael Mayer, who hasn’t a clue about how to deal with Borscht Belt humor or period style. Too often he allows Feldstein and Lynch to default to heightened versions of their own personae, and there’s hardly a memorable turn in the extended supporting cast (even from reliable veterans like Martin Moran or Peter Francis James.) The staging itself also looks shockingly cheap, beginning with what I guess you could call the “show curtain”—a scrim painted to resemble red velvet. Like so much else in this revival, it’s a faint impression of the genuine article. But how much of that matters to the people buying tickets?

DF: Seeing the show, and now writing about it, I’m struck by one extraordinary aspect. It would be easy to imagine that it would sputter along for a few months and struggle to find audiences. Yet despite tepid reviews—and a handful of performances where Feldstein and Karimloo have been absent—it seems to be a genuine audience hit. There were no empty seats visible at the Wednesday matinee we attended. More to the point, it was a sea of happy faces—largely women of a certain age, happily nodding and sometimes humming along to the songs they know and love. And honestly—I know the feeling. I’m a Jewish guy who went to a largely Jewish middle school, where Streisand was a heroine. Her pageboy hairdo was as iconic as “The Rachel” would become later, and her success in a palpable way was a beacon. At the beginning of this article, I proposed that we not focus on Streisand in this review, and clearly, I’ve failed. Not only did I myself start there—I’m ending there, too. Call it the Funny Girl story: it begins and ends with Barbra.