If you have not been following the exploits of Teatro Grattacielo during lockdown, it’s not because they haven’t been exploitatory all over the place. 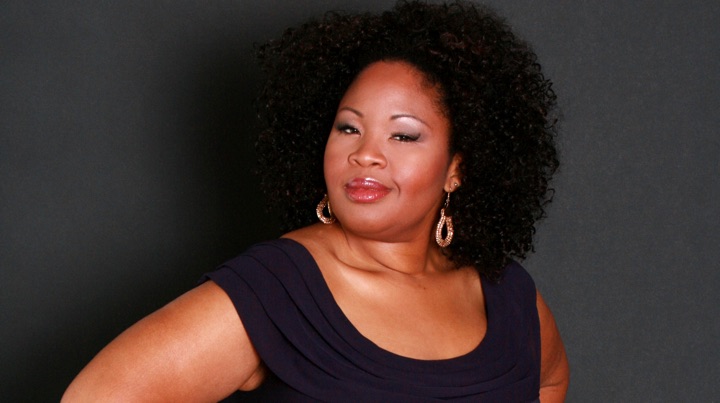 The little group, devoted for 30 years now to reviving Verismo rarities like Il Piccolo Marat, Siberia, I Cavalieri d’Ekebu and L’Oracolo, has passed the time, its orchestra and chorus sadly in suspense but, in association with the Camerata Bardi, by streaming programs of non-choral excerpts from Boito’s Mefistofele and an entire performance of Giordano’s Fedora, an opera that does without a chorus. A double bill of Spanish operas will be presented on November 13 (De Falla’s L’Amor Brujo and Piazzola’s Oblivion), and Mascagni’s L’Amico Fritz will be given that same weekend in both New York and upstate, in Kingston.

On Friday night, at New York’s Columbus Citizen’s Fund, Grattacielo presented its annual fund gala under the theme “The Forgotten Verismo,” a phrase sure to arouse the interest of those for whom the opera we most want to hear is the one we do not know. The program was performed by 10 student singers, recipients of the Columbus Citizen’s Fund scholarships, and one experienced diva, Karen Slack, and my only regret was its brevity: I wish each singer had had two obscure arias, just to get more of a handle on what each one can do.

In any case, it was a delight to be in the presence of powerhouse voices in the CCF’s elegant turn-of-the-century salon, and as the concert is available, streamed, through next Saturday, you can enjoy them too. https://www.musae.me/teatrograttacielo/experiences/1080/teatro-grattacielo

The composers chosen for the program included most of the usual suspects but also some surprises: From Spyros Samaras, a Corfiote who wrote the Olympic Anthem in 1896 and composed operas in Italian and French as well as in Greek, we had a prayer from Mademoiselle de Belle, and there were settings of Petrarch sonnets by Ildebrando Pizzetti, perhaps the last composer of the Verismo line (has New York ever heard his Assassinio nella cattedrale?). 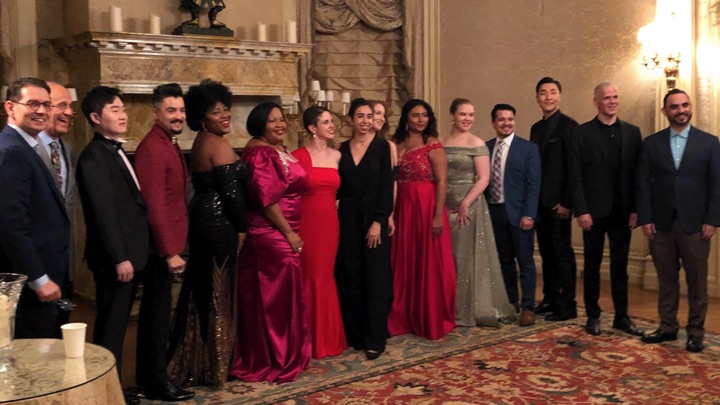 The singers were all of them quite young, but years of study already created good habits—and some not so good. Bel canto evenness between registers was a scarce commodity—this is also a problem of far too many mature singers nowadays—there were some truly impressive voices, solidly produced and grandly filling the commodious room.

Kiena Williams sang one of the best-known of the evening’s offerings, “Paolo, datemi pace” from Zandonai’s Francesca da Rimini, with properly high-strung passion.

Pedro Sequera, who sang one of the Pizzetti sonnets, and Donghyuk Chung, who performed Romeo’s aria, “Giulietta son io” from Zandonai’s Giulietta e Romeo, were two strong tenors in the group, and Chung proved capable of an Italianate sob appropriate to Romeo’s arrival in the tomb. (I don’t know this opera—has it ever been sung in New York?—and I’m guessing its placement in the story from Chung’s sob.)

One of the strongest voices of the evening belonged to Hyunsoon Kim, a baritone of exceptionally well-produced tone who, I am told, had never sung in public before. He chose “Zaza, piccolo zingara” for his offering, which was not doing himself favors—the aria from Leoncavallo’s Zaza is a “character” number, affectionate rather than passionate, beloved of baritones who are also actors. Kim’s handsomely stentorian but unvarying sound and look were not ideally suited to it. But there was so much excellent meat in Kim’s voice that one could only be pleased to hear him, and curious where experience and study will lead.

The star of the gala program was Karen Slack, a diva of much experience, who gave us two examples of what proper schooling and stage assurance will produce: “Flammen, Pietà,” the dying prayer of Mascagni’s Lodoletta, bloomed with Slack’s superb top and a melodramatic fade, and “La mamma morta” from Giordano’s Andrea Chénier, in which the bitterness of Maddalena’s unhappy confession evolved, seemingly without effort, into the joyous tones of her discovery of love. The quality of Slack’s superb instrument and skill gave us the drama taking place in the girl’s soul.

The accompanist, as in all the fine programs Teatro Grattacielo has broadcast in the last year, was the company’s resident conductor, Israel Gursky, who was always attentive to his singers’ focus on phrase and text. It’s good to know there are so many young singers around who are eager to study the traditions, and no surprise that they are eager to present themselves after the last dire year.