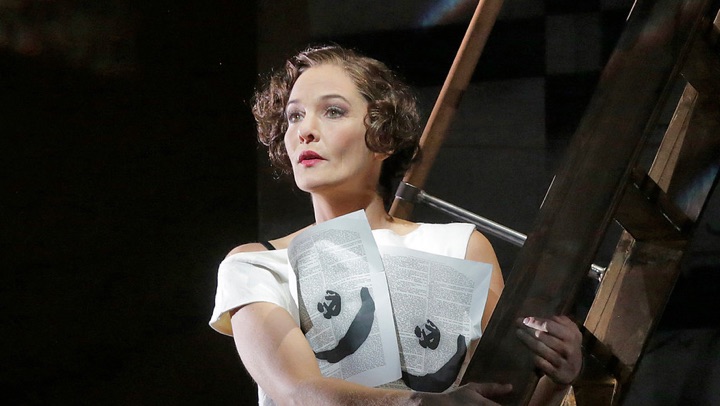 Streaming and discussion begin at 7:30 PM.

As he had in 2010, this fall Levine withdrew from Lulu at the Met, this time with Lothar Koenigs jumping in. Although not as lush as Levine’s, Koenigs’s reading emphasized the often rapturously lyrical side of Berg’s spiky tone rows. He drew admirably supportive playing from the Met orchestra, subtly building the momentum—particularly during the difficult third act—to a shattering climax. Eschewing showy effects and never covering his singers, Koenigs went for a clarity that revealed the myriad intricacies of Berg’s score. Were many missing the ailing Music Director by the evening’s end?

Given the critical and popular success of The Nose in 2010, it was inevitable that the Met would invite that production’s mastermind to return. Anyone who saw the Shostakovich will immediately recognize Lulu as a Kentridge project: his dizzyingly inventive animated projections again dominate the action—Berg’s world viewed through a nightmarish Expressionist kaleidoscope. Kentridge’s team of Luc de Wit, Catherine Meyburgh, Sabine Theunissen, Great Goiris and Urs Schönemann, all Nose veterans, returned to assist in bringing to life his eye-filling, ever-busy vision. — Christopher Corwin 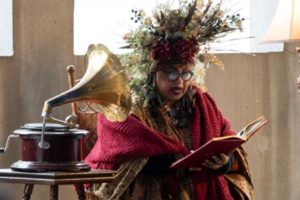 I turned when evening shadows fall 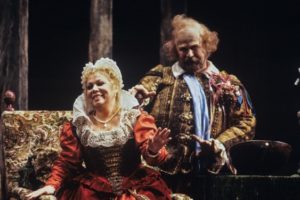