I need to get something off my chest. I love bel canto. 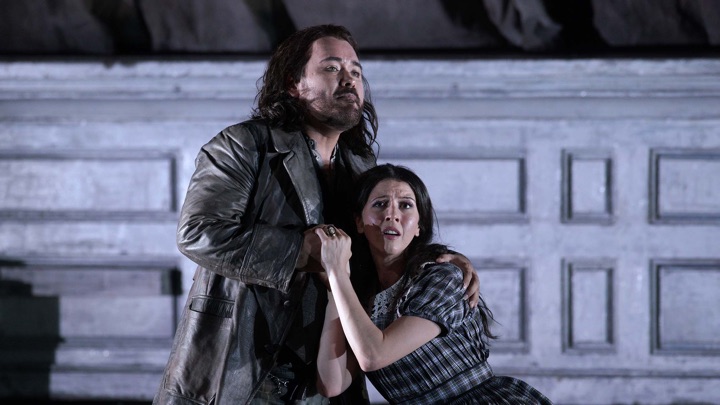 For too long, operaphiles have been unjustly shitting on bel canto. And that grinds my gears. I’ve spent years convincing others that bel canto slaps. And I will continue to defend it until my dying day. So if you think bel canto sucks, you’re wrong. Bel canto is, and should be considered, good opera. And here is why.

Given that we’re all isolated right now and have nothing but time, my defense will be presented in two-parts: one focusing on the music (specifically all the bops) and good bel canto singing. The second will center on the drama, and will argue that bel canto is also serious opera.

For those of you not in the know, bel canto — or primo ottocento, a sub-genre of 19th-century Italian opera, commonly associated with the works of Donizetti, Bellini and Rossini — literally translates to “beautiful singing.” However, it is usually negatively described as formulaic and repetitive, or lacking innovation.

You could also say the same thing about most pop music, but that doesn’t stop it from leading the charts. Both are popular for a reason. Both are palatable for the general public. And that’s why I consider bel canto to be the pop music of opera. Why? Because it’s fun to listen to. Bel canto has bops. You can’t toe-tap to, let’s say, the Rhinenmaidens’ trio like you can a Rossini duet (like the below example for Il barbiere di Siviglia).

Rossini created a musical and dramatic formula for his duets, according to late musicologist Philip Gossett, which was later mimicked or elaborated on by Donizetti, Bellini and Verdi. As with the baroque, da capo method, dialogue is not the emphasis, but rather repeated “parallel solo statements.” Basically, it’s not about what they’re saying, but how they’re singing it. Gossett goes on to explain the musical patterns of these duets, which usually fit the theme of the opera in general.

I love Gossett, but I won’t bore you with all the specific details. The primo ottocento composers wrote music that was frenetic, but also hit all the notes that transcends through the body and into the heart. That isn’t meant to sound corny, but rather invoke the spirit of their compositions: they wrote music that moved (and still move) people.

Bel canto is all about the melody, and is written in a way that’s meant to complement the beauty of the human voice. The orchestration is always secondary to said melody, which can more or less be said of most pop music today.

Critic Anthony Tommasini explained this era of opera as such in a 2008 article: “To speak of the bel canto era in opera is like referring to the Lost Generation of young Americans, mostly creative types, who flocked to Paris during the 1920s.”

By this, I assume he means that bel canto represents a romanticized view of life, one that is led by extremes: if you’re happy, you’re in ecstasy. If you love someone, you’d die for them. Sure, this is true in all opera. Sure, primo ottocento has its shortcomings. The music of Donizetti or Bellini may not be as musically intricate or intelligent like that of Wagner or Strauss. But no one can deny its bopability and ability to pluck at the heartstrings.

I find that most bel canto fans, or at least the ones I’ve come across, were former singers like myself. Young opera singers (I’m talking high school) are taught their technique based on fundamental bel canto principles, regardless of the era — lining up the voice so that both vocal registers are even, and prosodic phrasing that is seamless, interrupted only by accents for emphasis.

It’s operas like L’elisir d’amore or Il barbiere di Siviglia that we grew up watching and bopped along to. So maybe our love for it has more to do with nostalgia, and not so much the integrity of the music. But maybe I’m also speaking for myself.

That being said, bel canto operas appear regularly at every major house, some being far more popular than others. One such opera that hasn’t achieved fame as high as, for example, Il barbiere di Siviglia, is Bellini’s I Capuleti e i Montecchi. Adapted from the same source material as Shakespeare’s Romeo and Juliet, this opera has yet to appear on the Met stage. But it’s one of Bellini’s finest works, mainly because it is saturated with bops.

The overture and first chorus scene is what would be considered a militant, political bop. The male chorus, composed of the Montecchi, seek vengeance on the Capuleti following the death of Capellio’s son and Giulietta’s brother, who was killed by Romeo. Though the intent behind the music is violent, one cannot deny its amusing melody and upbeat tempo make it one hell of a bop.

But maybe the problem isn’t in the music itself. Maybe it’s the singers that are performing primo ottocento roles. This music is hard to pull off, and true bel canto singers are a diamond dozen – they don’t thrive in excess like Mozart voices. Only very specific voices can successfully pull off this kind of music. It’s a voice full of paradoxes. The voice must be even from top to bottom. That voice must reach notes as high as the stratosphere, but also

Few singers today are known for their bel canto interpretations. We haven’t exactly found the next Callas, Pavarotti or Sutherland yet. But I’d say SOME OF the singers dominating the bel canto category today are Javier Camarena, Lisette Oropesa and Artur Rucinski.

So I’d say the barometer of a true bel canto singer is if a bel canto role made them famous. A singer like Oropesa always garnered acclaim in a wide range of roles, but it wasn’t until her showstopping turn at Lucia in Lucia di Lammermoor at Teatro Real – Madrid in 2018 that she assured us of her star quality. It helps that the performance was live-streamed internationally, too.

Lucia’s mad scene, specifically the final movement “Spargi d’amaro pianto,” is what I like to consider a macabre, or melancholy, bop. All primo ottocento mad scenes fall into the macabre bop category.

If everyone sang bel canto like this, maybe it wouldn’t have such a negative reputation.

There is no doubt about Oropesa’s ability to balance drama with good, healthy technique. Her Adina below (from Rossini’s Adina, not the Donizetti) demonstrates not only a master class in vocal beauty, but it’s so fun to listen to, especially the end.

The other popular bel canto bop is the love bop. It’s pretty self-explanatory.

In L’elisir d’amore, Adina finally expresses her true feelings to Nemorino. As much as I would like to include yet another Oropesa clip, I should share the wealth. Mirella Freni, whose repertoire was evenly mixed with iconic verismo roles, also tackled bel canto early in her career.

There are, of course, cross-categories of bops. For example, the Act II duet from Donizetti’s Anna Bolena is a political bop and a love bop (or one of losing love, that is). One could even argue that it’s also a melancholy bop. My point is that it is a bop.

There is definitely more exploration to be done on bel canto and all the bops it possesses. But the argument remains the same: primo ottocento is saturated with upbeat music that also bears real, emotional, plot-driven drama.

Except for Il viaggio a Reims. Which is all bops and no drama.

Here is an essential list of bel canto operas with great music, with casts of solid bel canto singers: