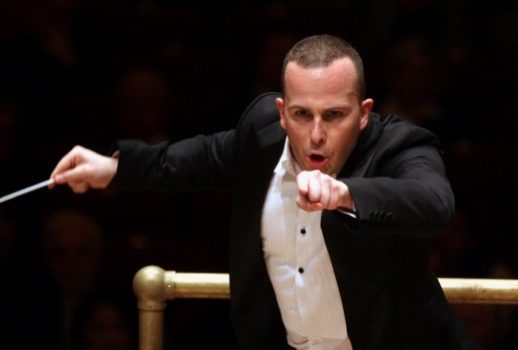 Philadelphia is a city famous for its musical institutions—so, of course, at this time of year Messiah performances abound. I’m a hardcore fan, and I try to go at least once. This season, I made it to two, at different ends of the institutional spectrum.

A week later was the more modest forces of Tempesta di Mare (an excellent Philadelphia baroque orchestra), with the Gallery Choir of the Presbyterian Church of Chestnut Hill, and four soloists from the Philly-Baltimore-Washington area, performed in the Philadelphia Episcopal Cathedral.

The result was two highly satisfying evenings, and it spoke well for both that though there were different virtues and drawbacks, they were far more evenly drawn than I expected.

Here are the details.

When I attend a Messiah performance, usually I’m quietly humming “Hallelujah” on my way in. This time, though, a different Handel chorus ran on mental autoplay: Judas Maccabeus’s “See, the conqu’ring hero comes.”

For this was Yannick return concert to “his” Philadelphia Orchestra just two days after officially assuming the Music Director mantel of the Metropolitan Opera. The audience mood was duly celebratory, and for his part, our maestro looked simultaneously energized and relaxed.

Quirkily dressed in an oversized but crisp white top and ultra-skinny black pants (he might have been standing by for Elaine Stritch: At Liberty), he beamed at the enthusiastic reception.

There was no obvious “star” behavior—he graciously entered the stage a few steps behind the vocal soloists, and at the close made sure to acknowledge the combined forces—but there were subtle acknowledgements of his centrality.

This year, the four solo singers were placed essentially within the center of the orchestra, largely obscured from view till each walked to the front for their solo turns. On the other hand, if the podium had been any farther downstage, it would have landed on the first row. Visually, this was very much Yannick’s evening.

Musically, it was his evening, too—which was very good news.

I’ve been intrigued at the different ways the orchestra and its conductors have approached Messiah. Performance style varies considerably year-to-year. Although these forces are large-format and probably most at home in the canonical romantic symphonic repertoire,

Yannick elected to go for a leaner, faster, more historically-informed style than I expected. The Philadelphia Orchestra’s sound, especially in the strings, was beautifully blended, but there was also considerable snap and alacrity. Likewise, the youthful Westminster choral voices, nearly 50 strong, nicely balanced sonorousness and verbal point.

Yannick scored particular points in presenting Messiah as a cohesive dramatic arc. Pauses between movements were minimal, and tempos were always well-judged. The four soloists, on the other hand, weren’t optimally matched.

Leading the pack was bass Philippe Sly, whose gorgeously plush, dark tone and textual clarity were unequaled here. Sly was also able to bind the coloratura phrases within a true legato line. This was almost too smooth for “Why do the nations” but nearly ideal for “The trumpet shall sound” (David Bilger was the sensational trumpeter).

Tenor Jonas Hacker has a lovely voice—though more baritonal than is typical in this work, and the sound narrows on top. But he was accomplished in the runs, and good on the text.

Soprano Carolyn Sampson certainly has a measure of this music, and expertly navigated each solo, but it’s an unextraordinary voice, and the words weren’t always ideally clear.

Countertenor Christophe Dumaux was assigned all the alto solos, some of which worked better than others. Dumaux was at his best in “He was despised,” which was very musical and moving, and his soft singing could be clearly heard in the house.

But he didn’t always project well in heavier passages, and the voice nearly disappeared in the lower reaches of “For he is like a refiner’s fire.” Ultimately, his reedy tone stood out from the group in not wholly positive ways.

But if the event didn’t entirely cohere in parts, the final achievement was considerable. 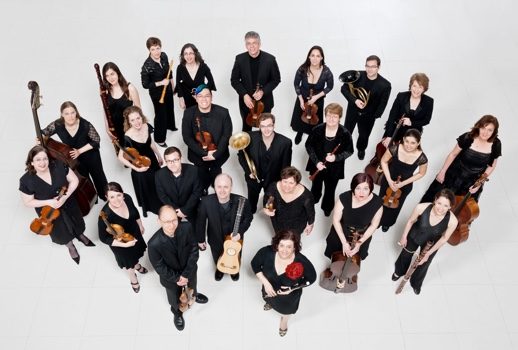 Tempesta di Mare’s “sense of ensemble was brought home in precision and stylishness.”

Tempesta di Mare presented  a Messiah which truly did cohere—every element stylistically of a piece, and though the scale was of course smaller than the Philly Orchestra, it was ideally suited to the not-huge church venue with its flatteringly resonant acoustics.

This group has a very different tonal profile, of course—less plushness, and more focus on sprung rhythms. But they are a first-rate group, and the sense of ensemble was brought home in precision and stylishness.

The Chestnut Hill choir—less than half the size of the Westminster group—were exceptionally well coordinated, and made a lovely if leaner sound. The text used here was the rarely-heard Dublin version, which has a dramatic tautness that suited these forces.

The solo sections here were exceptionally well handled, with the recit passages, often taken at a considerable clip, coming to vibrant dramatic life.

None of the four singers here—soprano Julie Bosworth, mezzo Janna Critz, tenor Jacob Perry, or bass Corbin Phillips—were as famous as their Philly Orchestra counterparts, but they were better integrated as a quartet, and individually also often as strong or stronger.

Bosworth was notably fine in “I know that my redeemer liveth,” offering radiant high notes and verbal point of a much higher order than Sampson; and Perry’s “Comfort ye… Ev’ry valley” had a fuller sense of shape and more shine in the upper range. Critz and Phillips similarly scored significant points.

Two Messiahs in a week is a lot, but I’m glad I did it… and I’m already looking forward to seeing what next year will bring.