Man of the camellias

Tuesday the Met unveils its sixth new production of La Traviata since moving to Lincoln Center. 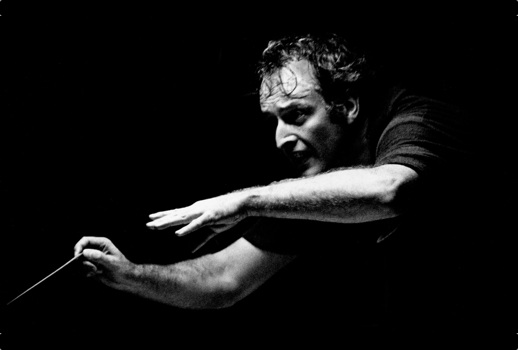 Tuesday the Met unveils its sixth new production of La Traviata since moving to Lincoln Center.

The third was first conducted by Carlos Kleiber, who chose the work as one of his few specialties so “Trove Thursday” presents a pair of live performances of Verdi’s beloved opera led by Kleiber each featuring that increasingly rare phenomenon, an Italian Violetta: Adriana Maliponte and Cecilia Gasdia.

On October 16, 1989 I was in New York for the premiere of the first but unfortunately not the last Franco Zeffirelli Traviata because after attending his debut conducting La Bohème with Mirella Freni and Luciano Pavarotti the year before I had to try to hear anything Kleiber did at the Met.

As it turned out, that was the only time he and his hand-picked cast—Edita Gruberová, Neil Shicoff and Wolfgang Brendel—performed together. First Shicoff dropped out of the second performance then for third both Gruberová and Kleiber fled with the conductor never to return to the production.

My dim recollection is that Kleiber wasn’t named as conductor when the season was first announced but it was clearly planned with him in mind as the three principals sang it together with him in Munich also.

I missed his Met Otello the following spring but caught a ravishing Der Rosenkavalier in the fall of 1990, his final appearances in the house. None of the four operas Kleiber conducted at the Met were broadcast but one is able to hear them (see below) except for Traviata—pirates of which I’ve never seen listed anywhere. That’s too bad as of the three roles I saw Gruberová do at the Met Violetta was to my surprise the most impressive.

Although in the early days he led such unexpected works as I Due Foscari and Les Contes d’Hoffmann as well as Wozzeck and Fasltaff, once his career hit the big time, Kleiber conducted only a few operas; in addition to the four he performed at the Met, there was just Tristan und Isolde and Die Fledermaus, one of which was posted here last year.

He also did seemingly one-offs of Elektra (presumably a loud one as it starred both Birgit Nilsson and Gwyneth Jones) in London and Carmen (also potentially ear-splitting with Elena Obraztsova in the title role) in Vienna.

Kleiber made his US debut in 1978 with the Chicago Symphony Orchestra but the Met beginning a decade later would be his only American opera house. While he would appear on occasion at Covent Garden, La Scala and the Bayreuth Festival, the Wiener Staatsoper and Munich’s Bavarian State Opera served as his more regular “home” theaters.

His most common Violettas in Munich were Ileana Cotrubas (with whom he recorded the work for DG) and later Gruberová but these two performances highlight less frequent collaborators and the Florence run may have been his only appearance at that house and perhaps also Gasdia’s only stab at the title role.

Both performances of Traviata as well as the Rosenkavalier clip can be downloaded by clicking on the icon of a square with an arrow pointing downward on the audio player and the resulting mp3 files will appear in your download directory.