With only a few weeks left to slice up our pumpkins and track down the perfect Luigi for our Mario, the timing seems right for a pair of Gothic operas set in a crypt. 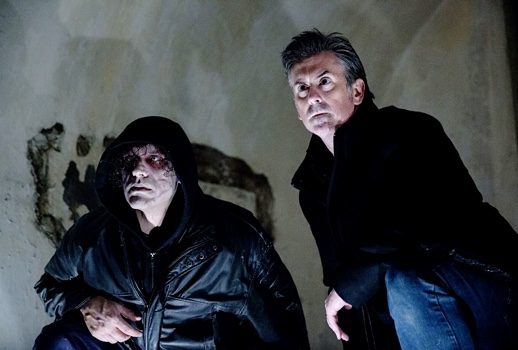 With only a few weeks left to slice up our pumpkins and track down the perfect Luigi for our Mario, the timing seems right for a pair of Gothic operas set in a crypt.

For a three-night run at the spooky Green-Wood Catacombs (accessible to attendees by moonlit trolley ride), composer Gregg Kallor premiered two new works: scenes from his still-in-process opera Frankenstein, and a solo piano miniature in tribute to Leonard Bernstein. He also reprised his setting of Edgar Allan Poe’s The Tell-Tale Heart for mezzo-soprano.

Capping the inaugural season of Unison Media’s concert series “The Angel’s Share” in the 478-acre Green-Wood cemetery in Brooklyn, the two operatic pieces presented lonely figures on the fringes of society. Both compositions were Stygian and intimate, slenderly arranged for voice, piano and cello (Joshua Roman on strings); both were presented without much in the way of props or costumes. Both works offered performers a chance to fill a dark cave with bright, lustrous sound.

And while Kallor’s own voice as a composer can be occasionally uneven—the guy tends to sit in one emotional register for long stretches without budging—he’s also a musician of great atmospheric sensuality, who, on opening night, played piano with equally great sensitivity.

His sketches from Frankenstein, for instance, put a refreshing spin on Mary Shelley’s much-adapted novel about an 18th-century scientist and his automaton. While many previous retellings have

the Romantic horror angle of the epistolary fable or simply for camp, Kallor focuses his account on the psychology of the beast, the loneliness experienced by a creation who yearns for (but can never quite realize) companionship.

“Oh my creator, let me feel love,” sings the monster to an unmoved Victor Frankenstein in one poignant scene, staged with nice economy by director Sarah Meyers. Star baritone Joshua Jeremiah delivers the goods as the creature, his voice threatening and luxurious. 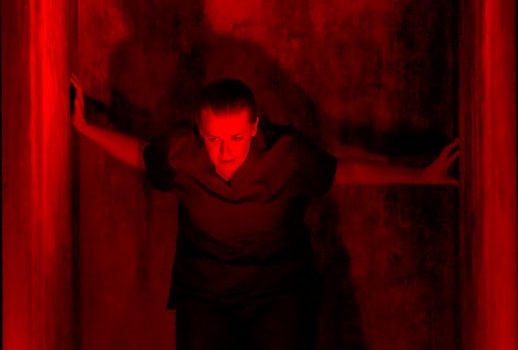 I’d have been fine without all the piled-on Uncle Fester makeup—to me, the look was overly literal, untrue to Kallor’s more nuanced emotional palette—but the portrait was complex, by turns frightening and sympathetic.

As his inventor, Brian Cheney turned in a well-acted performance, though on opening night his tenor sounded a bit pushed at the top. His pleading scenes with Jeremiah certainly sparked; less convincing was the short coda, a duet featuring Victor’s fiancée (and adopted sister, check the novel!) Elizabeth, played here by mezzo Jennifer Johnson Cano, in which emotions somehow felt more plain and robotic than any of Frankenstein’s creations.

Cano, however, turns out to be a first-rate mezzo-soprano with no problem heading her own solo act. Kallor premiered his one-woman Tell-Tale Heart a couple years agoat the Church of the Intercession’s Crypt Chapel with mezzo Elizabeth Pojanowski.

The short opera is sung entirely from the crazed perspective of a female narrator (unlikely this is what Poe had in mind, but the gender switch is an effective choice) who is driven first to homicide by the eye of an old man, and then to insanity by his heart that goes on beating.

As in 2016, in this go-round the mezzo is clad in scrubs (costumes by designer Fay Eva) and must make her way through a fierce field of emotions. Kallor stacks his score for cello and piano with pizzicato and minor-major waltzes, and provides an eerie palpitation motif for the keys. And Cano didn’t disappoint, stunning the audience with her capacity to move from loathing and resentment, back to fear, and then on to bloodthirsty festering rage.

Sandwiched between the two vocal works was an experimental new piece for solo piano in tribute to Leonard Bernstein, who just turned 100. A short scherzo, built on cascading arpeggios that seemed to give way to a kind of unresolved lamentoso, the composition served an effective bridge between two works that probed the sad, human side of gothic mythology.