Trying to suggest erstwhile world-renown of Guillaume Tell to a 23-year-old who had never heard of it, a friend of mine mentioned The Lone Ranger.

“What’s The Lone Ranger?” replied the youth. And the sun rises and the sun sets and all things must pass. But surely he knew Bambi Meets Godzilla, which also uses the Tell overture for its soundtrack?

Gioacchino Rossini, world famous and weary at the decrepit age of thirty-seven, produced one last operatic gasp and retired—for his remaining thirty-eight years. This exhausted effort was also his first essay in Parisian grand opera, a new and hybrid form, Guillaume Tell of 1829, which contains easily enough music for any three ordinary operas—and they’d all be terrific, too.

Dr. Johnson was no longer alive and he hated opera in any case, but had he heard Tell, he might have uttered the phrase he used of Paradise Lost: “No one ever wished it longer than it is.” But like Milton’s, Rossini’s is a mighty monument to the attitudes of its era.

Performances of Tell have grown very rare. Opera companies are wary of such monuments, especially if they are dramatically static, lack irony, and require six or seven star singers, huge choruses, a corps de ballet and innumerable special effects. The Alpine scenery alone could break a budget (that final elegiac victory sunset!), not to mention setting fire to Tell’s house to signal the uprising of the cantons, a couple of thunderstorms and, of course, shooting an apple off your trouser-soprano’s head with a crossbow.

Even in Rossini’s lifetime it was usual to chop the monster up. Individual acts with a curtain-raiser were frequent. Arias, duets, ballets, choruses were omitted with little effect on the plot. Some of Tell is always cut; the only question is: How much?

All of that involved storytelling does have a point. If you have five or six leads and three or four have sung themselves into exhaustion, a minor figure or two will still be available to keep excitement high, as in the last scene of Tell when the ladies finally get their innings—up to then it’s been a very “manly” opera. Tell was one of the first to rely on the massed male chorus, alone or with soloist combinations, an invention that proved central to grand opera’s achievement and also its social statement: The royal soloist was no longer the ruler of society; he or she had been demoted to lover or tyrant, the true hero of history being the People, represented in whatever mass the opera company could hire, train and costume properly. This did not make the solo singer’s life any easier; now she or he had to be able to sing spectacularly and be heard over a huge orchestra, battling that and the chorus for ear-room.

Full-blast choruses (most often male) howling sonorously for liberty, justice, war or religion were a principal engine driving grand opera. Rossini had pioneered this with the choruses of Semiramide, Maometto II and Mosé in Egitto, but they became stars of the show with the grand operas of Auber, Meyerbeer, Halévy and Verdi. Rossini’s contribution was Guillaume Tell, and for whatever reason (everyone’s got a theory), he felt unable to follow it with another or drop back to the light operas of which he was a master. (There is no comedy in Tell; it’s the only thing he left out.)

Bel Canto at Caramoor in Katonah, New York, is giving two concert performances of Tell this month (the second is this Friday), in its original French rather than the corrupt Italian translation, and with a few ballets and one grand love duet among the excisions. The show still runs about four hours (two intermissions); be warned. There were empty seats after Act I, but those who departed were making a mistake: That’s the dullest act, mostly choruses and concertati with a bit of ballet. (There is a nifty tenor-baritone duet, hinting excitement to come.)

The July 9 performance was a pleasure: terrific little-known number following upon terrific unknown number, with one or two familiar numbers to bring smiles to our faces. A fine if not quite ideal cast provided hours of vocal thrills, and the occasional glitches and cracks seemed the normal awkwardness of a prima. The second performance should be a notch higher as the singers figure out how to pace the piece. Too bad this isn’t a repertory company able to work up a full run. Word would spread. Veterans would return. I could skip Act I. If few of the singers were quite Golden Age, all earned kudos and none of them disdain. Caramoor regular Daniel Mobbs sang the title role. Tell is properly a baritone and Mobbs leans more towards bass. He always knows what he’s doing and does it suavely, and possesses the bel canto chops for Assur in Semiramide as well as the forceful declamation for Tell’s heroics. Too, he knows how to enliven unstaged opera with pointed double-takes and aggressive poses (his profile is no detraction). I always enjoy his dark, well-grounded attractive sound, but it is not as sobbing, as humorlessly urgent as a grand opera patriot requires.

The naïve Arnold is a role too high for the Meyerbeer-Wagner heroic tenor but calls for more power (soloing with the male chorus, for example) than the leggiero tenor of bel canto. Arnold was a new vocal animal, and no one was quite sure what would or would not work. There have been fine Arnolds but few tenors make a habit of it or enjoy it much—or sing it uncut.

Marcello Giordani, who has fun with Meyerbeer’s tenor parts, was a splendid Arnold for Opera Orchestra of New York. Michael Spyres, an astonishing Raoul in Bard’s Les Huguenots two summers back, was not so comfortable here. His pretty voice has leggiero lift and height and legato with the force to conquer the less than overpowering Orchestra of St. Luke’s, but he became hoarse in the trio “Que la gloire” and, discretion the better part of valor, went low at the end of “Asil héréditaire,” where a high note that would have brought the house to its feet was simply not available to him. He wisely ducked it. I wished he had brought a bottle of water on stage with him; also that (in evening dress) he did not look quite so much like Nathan Lane. Julianna Di Giacomo, who sings middle-period Verdi roles at the Met with ability and sweetness, sang Arnold’s lover, Mathilde von Habsburg. Di Giacomo’s voice is of impressive beauty and size (out-singing a chorus gives her no problems) but it is not ideally even. In the early part of the evening—and Mathilde doesn’t appear until Act II—her topmost notes seemed not quite at one with those below.

She has a small but authentic trill, most happily deployed in duet with the mezzo, and she is learning how to throw herself into the expression of outsize operatic sentiment. Di Giacomo seems to me still a work in progress, a hardworking young singer of high diva potential. The voice lacks individuality, but perhaps will gain it with more stage experience. She was another singer I would rather have heard after she had done this long and lovely role a time or two.

Among the so-called supporting roles, mighty workouts all, the two ladies, Talise Trevigne and Vanessa Cariddi, were most impressive. Trevigne, as Jemmy Tell, apple of his father’s eye, is too pretty to be a convincing boy, but her bell-like soprano, while it seems made for leading roles (she sings Gilda and Lucia), was undaunted and thrilling amidst massed chorales. Cariddi (last month’s over-the-top Little Buttercup), a striking figure in the sort of purple silk shmatta appropriate to a heroic Alpine peasant (Gstaad, St. Moritz), deployed a rich near-contralto that conquered Act IV. The two joined Di Giacomo for an especially lovely composer’s afterthought, the delicious canonic trio.

But Tell is a men’s men’s opera. The chorus represents three entire cantons of revolting Swiss mountaineers, and that’s just the good guys! There are also bad guys and casual bystanders, who sing “We are merry casual bystanders in our typically Swiss way.” (My libretto French may be faulty here.) What this sounded like when the full Paris Opera chorus pounded it out one can hardly imagine;

Occasional missed notes at the bottom or top of a broad range barely disturbed the happy night, but again, the later performance will probably clean up such flaws. Too, to re-encounter the talents of Messers Beruan, Bearden, Sanz and Masters—and Ms. Cariddi—after last month’s Pinafore and its pre-concerts is one of the joys of a Caramoor summer. Young talent on the march!

Maestro Will Crutchfield was, like Rossini, carried away by so much exceptional invention. More cuts in Act I would only help make friends for this opera. He drew lovely cello sounds from the Orchestra of St. Luke’s and deployed offstage brasses to winning effect, kept his many armies on the march to the bitter end, and the stirring final rainbow of victory (heard but not seen on this occasion) reminded one of Beethoven’s Pastorale and the end of the Druids’ war chorus in Norma. We owe him a great debt for reminding us—as we should be reminded now and then—how extraordinary an opera this is. 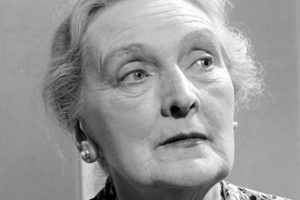