You must meet my knife Which cord does one snip to make a castrato? So goes a running joke in The Last Castrato by Guy Fredrick Glass, a play about Alessandro Moreschi, the last living castrato and the only one ever recorded. Much of his career was spent as the first soprano of the Sistine Chapel Choir, both because of his virtuosity and because there were no other venues open to castrati by the end of the 19th century. Those who take issue at Stoppard or Shaffer are probably not going to be pleased with the historical accuracy, but Glass presents a chilling image of the last castrati growing old and watching their former patrons enforce silence upon them.

The play takes place in the Vatican, opening with the arrival of Moreschi, played by Jacob Pinion. The other castrati anticipate this new virtuoso as their savior, while the fully-corded members of the clergy see him as a threat to their plans of reform. As happens in such plays, another castrato named Giovanni Cesare (Doug Kreeger) develops a huge crush on Moreschi, who has his eyes set on a young American widow named Lillie (Melissa Miller). All of the Vatican, in fact seems rather gay, with the soon to be pontified Sarto (Liam Torres) and the choir director Perosi (Jonathan Tindle) bantering like the queens on The A-List – and these are the two with balls intact. Of course when Cesare kisses Moreschi, all hell breaks loose.

With heavy themes of masculinity, homosexuality, and even pederasty, Glass wisely uses a keen sense of humor to keep the audience focused. Unfortunately the cast is uneven, and only a few of the actors are able to make the witty language sparkle with Wildean innuendo. Pinion lacks the wattage and charisma one needs to see from the last true male diva, and as a result he sometimes disappears behind the larger story of religious politics. Special notice goes to scene stealer Bethe Austin as Mrs Bristed, another American widow with an inability to understand the mechanics of castratoism.

In an otherwise conventional staging, John Henry Davis makes a wise choice of placing countertenor Joseph Hill on a platform above the actors to portray Moreschi’s voice. The Connelly Theater is an intimate space, and using a live, unamplified performer shows a level of respect for singing that is rare on New York theatre stages today. When Moreschi hears his “recorded” voice for the first time, it is actually a live performance – by far the strangest rendition of “Addio, senza rancor” imaginable. Hill’s voice floats easily through the house with the sweetness one imagines of the castrati, sounding like an echo of something past.

Like the more successful historical fantasies that have gained popularity on stages and film screens, The Last Castrato is interesting because it draws the past into the struggles of the present. The political agendas of patrons are a source of much debate on this blog, from the Kochs to the Basses. And if anything, the gray areas overlapping sexuality and religion have only increased as they have begun to become a part of public and legal discourse. Like Moreschi’s recordings, The Last Castrato is a treat for the viewers who can see past the imperfections to a voice of great beauty. 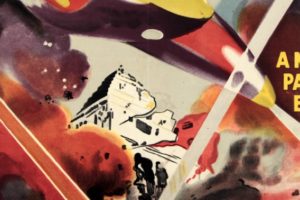