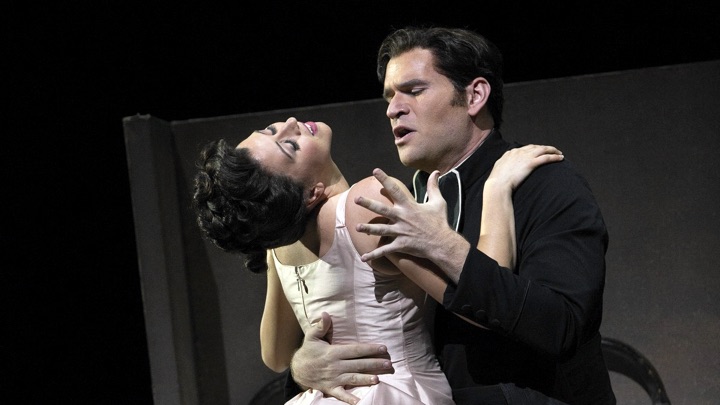 Streaming and discussion begin at 7:30 PM.

In general, Oropesa was more animated in the duets and ensembles, her performance reinvigorated by the stronger performances of her co-stars. Thus, the Act III love duet and the Act V death scene saw Oropesa in best form, the presence of Fabiano injecting her sound with a new vitality.

Indeed, Fabiano was like a breath of fresh air almost every time he graced the stage. His des Grieux had a bright, Italianate luster – a rich, full-bodied sound with a subtle spinto twang. His lower and middle registers had a gutsy, organ-like quality while his top notes soared with breadth and control, often swamping Oropesa’s considerably smaller sound. — Callum John Blackmore