On this day in 1949, Ljuba Welitsch sang the title role of Salome on a Met broadcast.

Either as an actress or a singer, Miss Welitsch is an asset to treasure. The thought merely of making a debut in a part so arduous, perilous and often ridiculous, would affright most singers; but the reasons for her choice were soon apparent. She has a memorable, rather than a beautiful face, she is close to pudgy; but she was into the part from her first entrance – nervous, questing, insatiable, readily aroused to a fury beyond any spurned woman known to history.

With her voice and with her body, Miss Welitsch drew a picture with one small detail and then another – the girlish wheedling to win a promise from Herod, the harsh command that it be kept. Her fresh, clear, silvery-sounding voice is not the violently dramatic one custom assigns to Salome, but she wastes none of it in projecting the old tenderness, the pointed ecstasy, the insuperable craving, Strauss poured into his marvelous score. When supported by the kind of orchestral wave contrived by Reiner, the voice floats beautifully. Taking voice and action together, the Metropolitan has not recently had any such challenging role done with like mastery.

Merely as movement, every step, gesture and glance she made was plotted for theatrical effect, though a sense of improvisation was always present. Since the famous dance must remain a symbol, Miss Welitsch made it symbolic from the start, dancing to Herod, but for Jokanaan. Philosophy, it is said, was one of Miss Welitsch’s studies before she turned to singing. One suspects that anatomy was in the curriculum, too.

On this day in 1979 soprano Marisa Galvany made her Metropolitan Opera debut as Norma replacing Shirley Verrett with only four hours’ notice. 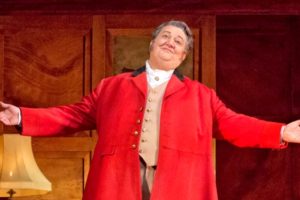 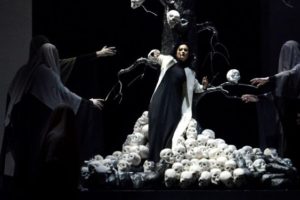 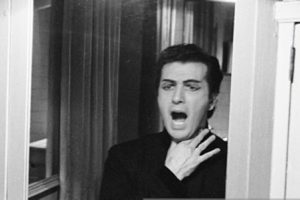 Listen to my voice

If you hit the jackpot