Those of us who were hoping for “a star is born” performance were, alas, disappointed. 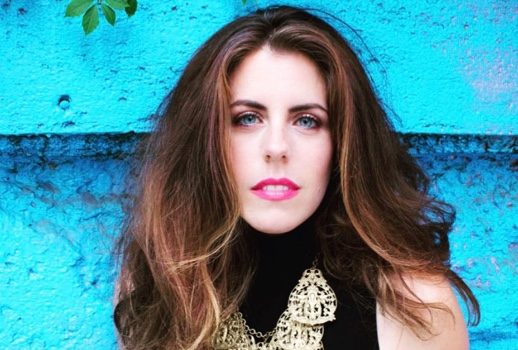 Russian soprano Albina Shagimuratova garnered glowing reviews for her Violetta in Lyric Opera of Chicago’s La Traviata when it opened on February 16.  Unfortunately, she also garnered something else: a case of acute laryngitis that prevented her from singing Verdi’s fading courtesan at yesterday’s matinee.

It was announced at curtain that young American soprano Emily Birsan would sing in her stead. The audience generously reacted to the announcement with mild applause.

Those of us who were hoping for “a star is born” performance were, alas, disappointed.  What we got was a competent, decently sung afternoon of Verdi that simply never caught fire.

I am reluctant to be overly critical of a last-minute substitution—who knows how much rehearsal she had?  Ms. Birsan has a lovely lyric soprano and sang with poise and confidence throughout, but for the first two acts she was simply unable to convey the depth of the character.

There was no sense of Violetta’s world-weary sophistication, her desperation, her great sacrifice. What we got was a fresh, ingénue approach to the character.  It struck me that it was as if Gilda had escaped from the Duke, moved to Paris, and got consumption.

Ms. Birsan started strongly, convincing in her flirtatious singing when she first meets Alfredo. But she tired noticeably in her “Sempre libera” and lunged for some of the high notes.  In Act Two, she sang a lovely scene with Giorgio Germont (Zeljko Lucic), but lacked passion in her Letter Scene and the usually deeply moving cries of “Amami, Alfredo!” went for little effect.

In Act Three Ms. Birsan really came into her own.  She sang an absolutely riveting “Addio del passato” (both verses) and finally embodied the dying Violetta.  Her entire third act was a marvel, and the moment of her death, sliding to the floor out of Alfredo’s arms, was heartbreaking.  Patrons who left at the second intermission missed a remarkable transformation.

There was not much help from the Lyric debut of tenor Giorgio Berrugi as Alfredo.  Berrugi sang with excellent phrasing and a fine tone in the middle voice, but his high notes, particularly at the end of “O mio rimorso,” were an adventure.  He also lacked the necessary impulsiveness and fire of the character, and didn’t have the vocal power to make much effect in his more passionate moments.

Fortunately, we had Lucic as Germont.  His very presence and authority at his entrance in Act Two were most welcome, and he used his warm baritone to excellent effect.  He sang the finest “Di provenza il mar” of my experience, and was a powerful presence in chastising Alfredo in Act Two’s second scene and in his remorse in the final act.

Contralto Lauren Decker is developing a huge voice, and she made a full, three-dimensional character of Annina.  Zoie Reams had a nice sense of fun and drama as Flora, and all the minor roles were well sung.

This approach works for the bleakness of Act Three, but provides too little visual interest in the large ensemble scenes.

The visual thrills of this production come from the costumes and puppet designs of Cait O’Connor—the party guests in Act One are brilliantly and inventively costumed, and the striking, huge bull puppets at Flora’s salon were exciting and menacing at the same time.

The moody lighting of Marcus Doshi was most successful in the final act when it produced huge shadows on the back wall almost mocking the characters in Violetta’s death scene.

Debuting conductor Michael Christie drew sensitive, moving playing from the Lyric Opera Orchestra, most exquisite in the opera’s Prelude and the prelude to Act Three.  The Lyric Opera Chorus sang and acted with precision and delightful enthusiasm under Chorus Master Michael Black.

Spending an afternoon immersed in Verdi’s glorious music is always a distinct pleasure, and I never tire of La Traviata’s splendid score. But for much of this matinee, the musical thrills were few and far between.