When Giuseppe Filianoti isn't busy being one of the world's more versatile tenors, he plays detective. When Giuseppe Filianoti isn’t busy being one of the world’s more versatile tenors (as he will be next season at the Met, headlining La rondine and La clemenza di Tito), he plays detective. The latest target of his crafty Calabrian grey cells is the score to Francesco Cilèa’s L’Arlesiana, which he will perform in concert next week at Theater Freiburg, and in typically tenorial fashion, his discovery involves a “lost” aria for his character of Federico.

The aria, “Una mattina m’apriron nella stanza” was originally part of the third act duet for Federico and Vivetta, but was cut, along with a good deal of other material, when the composer reworked the original four-act version of the opera into the three-act edition we know today.

Filianoti recovered the piece almost by accident. He was preparing a set of Cilèa songs for a recital in Kansas City earlier this year when he found an obscure romanza “of surprising beauty and sophistication” entitled “Alba novella.” The text of this chamber piece felt oddly familiar, the tenor says.

Finally he recalled where he’d seen those words before. Years earlier, he had obtained from the Conservatorio di Napoli a rare copy of the libretto of the original 1897 version of L’Arlesiana that included a long passage for Federico fated to be omitted from later revisions. The texts for this section and for the chamber song were virtually identical, suggesting that when the composer removed the passage from his opera, he recycled it as a stand-alone piece.

Unfortunately, the 1897 score was never published, and the manuscript has vanished, most likely destroyed in a 1943 bombing that destroyed the archives of Sonzogno, Cilèa’s publisher.

“I decided to make known my discovery of the aria to the noted composer Mario Guido Scappucci,” Filianoti says. He suggested that his new collaborator “orchestrate the air faithfully following the dictates of the manuscript,” meanwhile contacting the publisher of the opera Sonzogno-Ostali to obtain permission to interploate the piece into the Freiburg performances.

“Signora Nandi Ostali was happy with my amazing discovery, and promptly decided to publish the piece,” he adds.

When Enrico Caruso created the role of Federico in 1897,  “Una mattina m’apriron nella stanza,” was singled out for praised by Amintore Galli  of Il secolo: “Federico’s aria with high violin arpeggios deserves special mention for its elegance and sweetness. Here, too, Cilèa seeks to write imitative and descriptive music: we seem to hear the amorous songs of birds, even the breeze in the air.” (Translation by Marion Lignana Rosenberg)

And now, this Saturday, Filianoti will be the first singer to perform this aria since Caruso’s day. 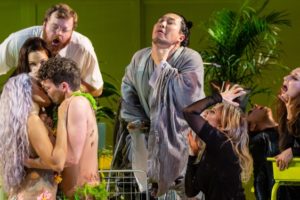 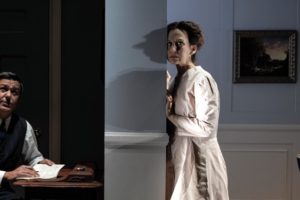 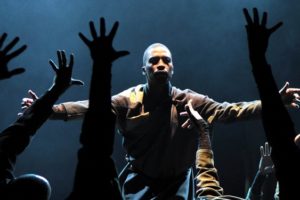