“Seattle Opera did more than put an intermission between the two scenes. It restored, or opened, to use opera terminology, customary cuts in the score and invented a dream sequence to open Act 2, using music written by Leoncavallo but not for Pagliacci. Two mimes, Comedy, in white, and Tragedy, in black, open the opera and stay a part of the action until the end, when Comedy has lost the game. What an effective device.” — R. M Campbell, seattlepi.com 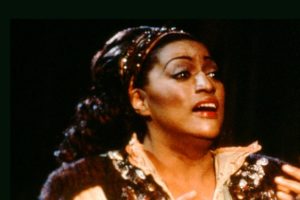