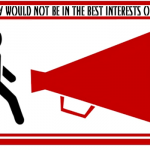 The end of glasnost?

When Mikhail Gorbachev assumed the mantle of the General Secretary of the Communist Party of the Soviet Union in 1985, a palpable change was felt in the air, from Novosibirsk to East Berlin. Words like glasnost (openness) and perestroika (restructuring) began to replace the gradually outmoded Leninist philosophies that had become warped under Stalin and Andropov.