Born on this day in 1844 actress supreme Sarah Bernhardt.

On this day in 1883 the Metropolitan Opera House opened with Gounod’s Faust.

The performance of the opera was on the average plan of performances of the same work not better as a whole nor worse as a whole. The fears that had been generally felt that Signor Campanini would not show a complete amendment of the faults which were so conspicuous during his last season at the Academy of Music were unfortunately realized. Occasionally the old-time sweetness and again occasionally the old-time manly ring were apparent in his notes but they were always weighted down by the evidence of labor, and the brilliancy of the upper tones with which he used to fire an audience into uncontrollable enthusiasm, was gone. The rest of a year which he has taken has not repaired the ravages of the last five years, Such a result is peculiarly unfortunate in Gounod’s music. The third act speaks the every ecstasy of passion, given the voice, and no music ought to be sung easier. Its sentiments crowd forward eagerly for utterance, and every phrase is impassioned eloquence. One could think that the singers would only need to open their mouths and the entrancing sounds from the orchestra would lure the melodies out. When, instead of such spontaneity the music is given with indication of hard work, the life is gone out of it at once. This weight rested on much of the love music last night, and whenever it did the spirit took flight and the melodies and harmonies were of the earth earthy.

Of Mme. Nilsson’s Margherita there is little to be said that has not been said over and over again. For the transformation which the poetical character has undergone, not she, but the authors of the opera are responsible… All that Mme. Nilsson sings, as all that she does, is so imbued with a current of sympathy that there is no resisting her whether she be reproducing the ideal of the author or giving instead her own conception of the character. We would not that Goethe’s sweet child should do as Nilsson does, but we would not that Nilsson should do otherwise. Yet the verities of art are not violated, for opera is such an incongruous and irrational art form that it makes and shirfts its standard with every new production.

Mme. Nilsson’s triumph came in the jewel song, where it was expected, for it is the golden link with which last year she established the connection between her concert room and the memorable night at the Academy where she first sang her way to the hearts of the people. After she had sung it last night the last film of ice that had held the public in decorous check was melted, and an avalanche of plaudits overwhelmed the fair singer. Bouquets rained from the boxes and baskets of flowers were piled over the footlights till it seemed as if there was to be no end… Signor Campanini was also remembered in profuse flowers and other marks of kind appreciation; and Mme. Scalchi, who did the most artistic singing of the evening, was not forgotten though her guerdons were not commensurate with her merits. For Mme. Louise Lablache, who took the place of the mother who was under the ban of the law, and did her work cleverly, and for Signors Del Puente and Novara, we have time only to chronicle a performance of work of the high degree of merit to which they in part have accustomed us.

Of the mechanical parts of the performance nothing is to be said except words of praise. The pictures were beautiful, all of them. Nothing was shirked, and the highest skill and ingenuity seemed combined in constructing scenes of fascinating beauty and almost perfect illusion. 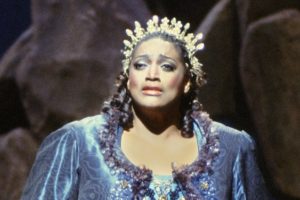 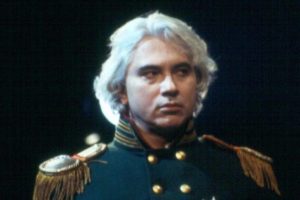 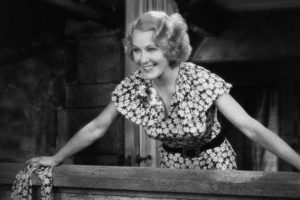 “I could have been a great many things”