On this day in 1965 mezzo-soprano Grace Bumbry made her Metropolitan Opera debut as Eboli. 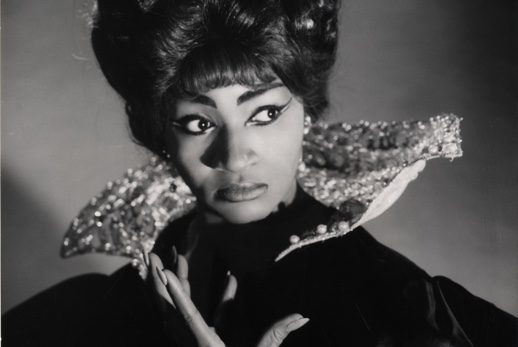 Bumbry’s performance, in her debut, was a provocative part of the result, if neither as important or as special as the attention lavished on her by at least a part of the audience. In addition to a spacious voice, which accommodated itself comfortably to both extremes of the role (and to the size of the theater as well), she has the even more important gift of temperament. He Eboli is infused with individuality from the start, which is partially an outgrowth of the manner in which she conceives the character’s place in the drama, but also, one suspects, something within her that she cannot very well keep out of whatever she does. She sang the “Veil Song” beautifully with a light coloration not easy for mezzos to come by, but she also had the full range of stops to make “O don fatale” an experience in musical drama rather than merely an exercise in vocal agility. Like most of her sister mezzos, she tends to bear down a little heavily on the dark “chest” tones, but her assurance, self-possession, and character projection are the kind from which a substantial career can be made.

Born on this day in 1914 actor and singer Alfred Drake.